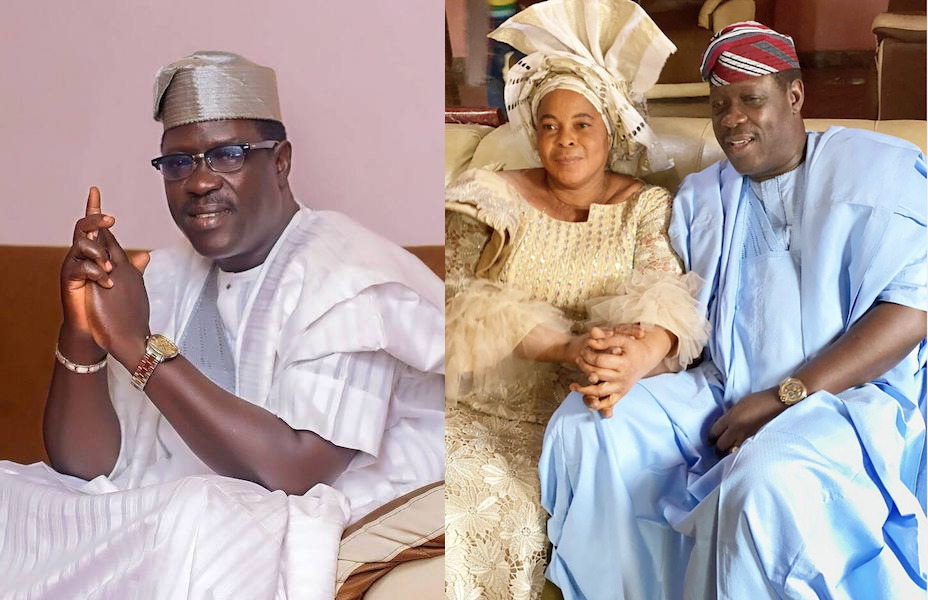 Meet (Mrs) Adejoke wife of Taiwo Hassan a.k.a Ogogo, the popular actor in the Yoruba sector of Nollywood.

Ogogo took to social media to reveal on his wife birthday that choosing his wife has been one of his right decision, he wrote:

I have made soo many decisions in my life. But choosing you as my wife has been one of my right decision.

You have been there through the ups and down with me and still standing firm. Thanks for being who you are, I love you my darling wife. Happy birthday to you 🎉🎉🎉🎉🎉🎉🎉🎉🎉. May Allah keep the sparkle in our world intact . Love you Endlessly.

In an exclusive chat with Saturday Beat, veteran Nollywood actor Taiwo Hassan opens up on how he hurt his first wife while planning to take a second wife.

The actor who said he vowed never to marry a 2nd wife spoke briefly on how he hurt his first wife when another woman came into his marriage.

How did you meet your first wife?

We were in the same theatre group and I admired her a lot. I saw her and I was interested in her. I told her that I would like to marry her and she agreed. I later married another wife but I believe everything in life has to do with destiny. I vowed that I would not have a second wife because I never fancied polygamy but it happened and I believe it was for a reason. It is God’s doing.

TagsOgogo
How I Was Extorted By Officials At The Airport To Run A Covid-19 Test – Actress Iyabo Ojo Revealss
Meet Aaliyah Balogun – Fathia Balogun Daughter
We use cookies on our website to give you the most relevant experience by remembering your preferences and repeat visits. By clicking “Accept”, you consent to the use of ALL the cookies.
Cookie settingsACCEPT
Privacy & Cookies Policy