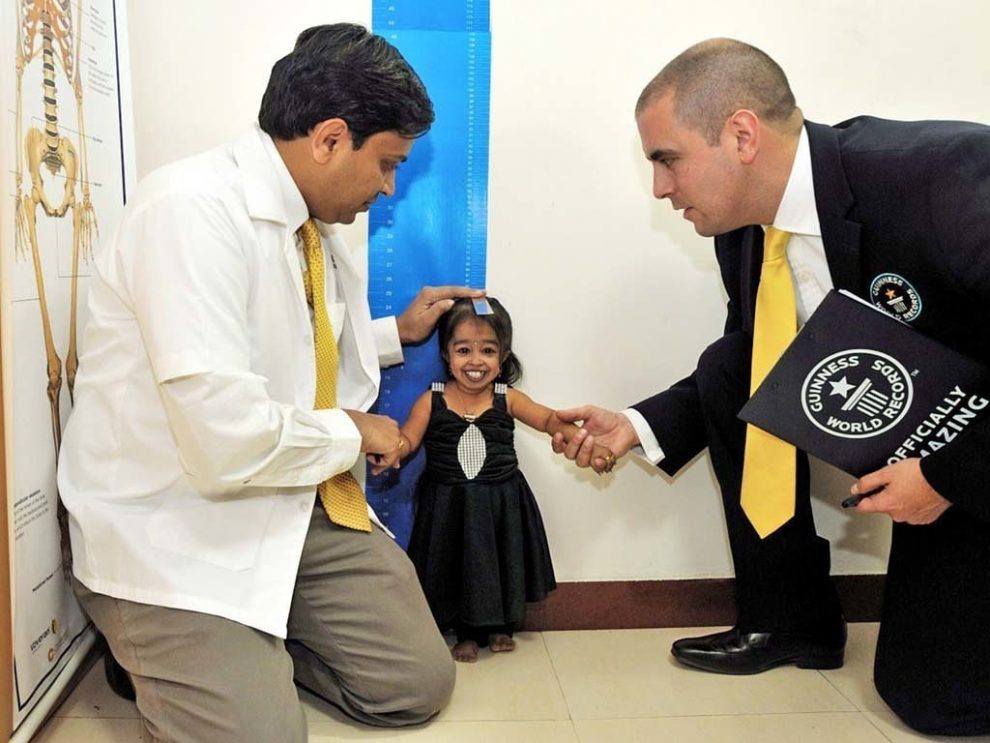 Meet the smallest woman in the world, Jyoti Kisange Amge.

Jyoti Kisange Amge is an Indian actress, born 16 December 1993, she notable for being the world’s smallest living woman according to Guinness World Records.

She has a height of 62.8 centimetres (2 ft 0.6 in) and from medical records, her restricted height is due to a growth abnormality called achondroplasia – which means she will never grow any taller than 2 ft 1 in (0.64 m).

As the smallest woman in the world, it’s not all negative for Jyoti Amge; her status has also taken her to greater heights. She ended up living her dream of becoming a Hollywood actress when she was cast in the fourth season of American Horror