Home » How a Housewife Killed Her Two Children in Kano 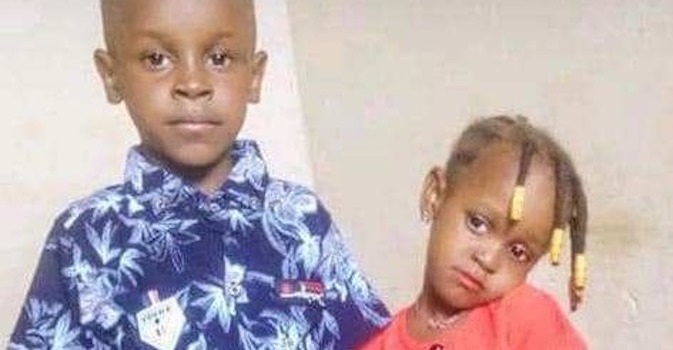 A housewife identified as Hauwa, in Kano reportedly killed her two children Yusuf, age 5-, and the Zahra’u, age 3 because her husband, Ibrahim Haruna Aminu married a second wife.

It was gathered that the incident occurred on Saturday morning in Diso village in Gwale Local Government area of Kano State.

Sadiq (husband’s younger brother) said his brother got married to a new wife two months ago.

According to him, “the incident happened when the husband was away and in his new wife’s place.

“His eldest wife, Hauwau called him on phone this morning that all is not well in their house, only for him to go to the house and meet the lifeless bodies of the children in the pool of blood. She carried out the atrocities and ran away from the house.

“She beat the children and used a knife to cut them. Her sister’s daughter (10-year-old) who was living with them was also another victim, but she survived with a cut on her hand.

“We don’t know her whereabouts at the moment; we spoke with the security operatives. But we learned she went to her parent’s house.”

The ward head of Diso, Ahmad Bello, said they were all thrown into a state of shock with the incident.

Bello condemned the act, saying she should have taken the matter to court instead of taking the laws into her hand and killing innocent children.

TagsKano
Man Narrates How SARS Nearly Forced Him To Pay N1million After Abducting Him
How a Lady Loses Her Relationship of 8 years Because of BBNaija’s Ebuka
We use cookies on our website to give you the most relevant experience by remembering your preferences and repeat visits. By clicking “Accept”, you consent to the use of ALL the cookies.
Cookie settingsACCEPT
Privacy & Cookies Policy