Home » Michael Lotito, The Man Who Eats a Whole Plane 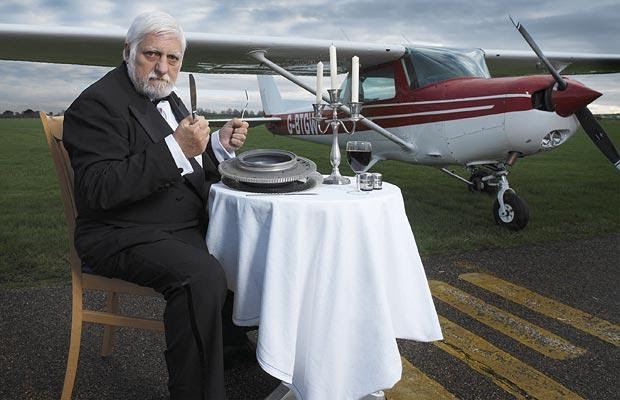 In 1950, Michael Lotito (pictured below) was born in Grenoble, France. When he was a teenager, he developed an eating disorder known as Pica. Individuals diagnosed with Pica have a persistent desire to eat substances that have no nutritional value such as glass, dirt or metal.

Michael Lotito may not have eaten a Boeing 747 or any gigantic passenger plane, he did still eat a whopping 9 tons of metal. The plane of choice was a Cessna 150 airplane, He was able to consume the aircraft over a period of two years between 1978-1980. Other notable items he ate throughout his career include: Bicycles, shopping carts, beds, chandeliers, television sets, a small section of the Eiffel tower and a coffin.

Lotito claimed not to suffer ill effects from his consumption of substances typically considered poisonous. When performing, he ingested approximately 1 kilogram (2.2 lb) of material daily, preceding it with mineral oil and drinking considerable quantities of water during the meal. It is estimated that between 1959 and 1997, Lotito “had eaten nearly nine tons of metal.

Lotito died of natural causes on June 25, 2007, ten days after his 57th birthday.[10] He is buried at Saint Roch Cemetery in Grenoble, his hometown.