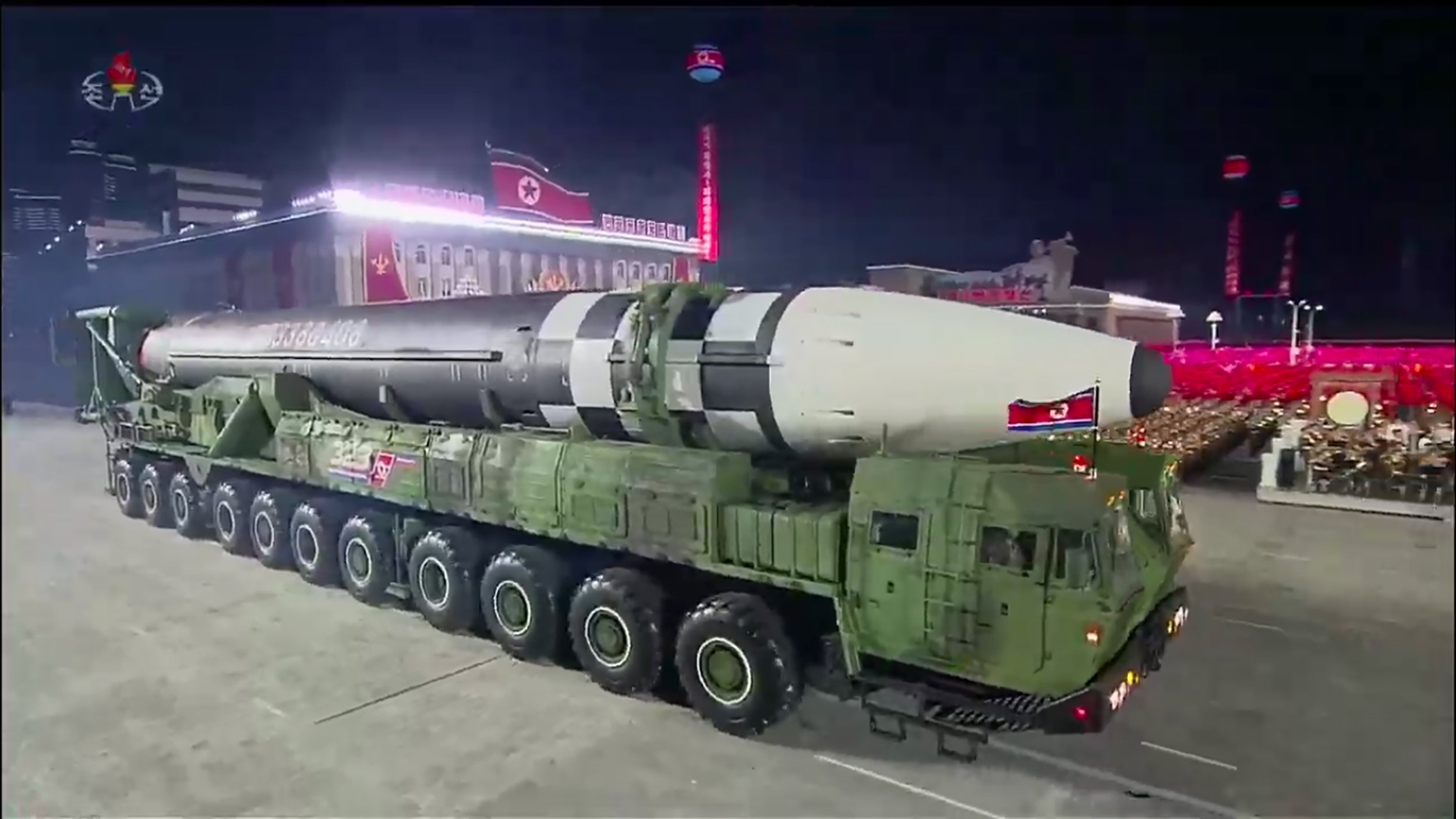 The missiles was displayed at military parade on Saturday that showcased the country’s long-range missiles for the first time in two years. According to France24, the missile, which was shown on a transporter vehicle with 11 axles, would be one of the largest road-mobile intercontinental ballistic missiles (ICBMs) in the world if it becomes operational.

Also displayed were the Hwasong-15, which is the longest-range missile ever tested by North Korea, and what appeared to be a new submarine-launched ballistic missile (SLBM).

Michael Lotito, The Man Who Eats a Whole Plane

Shock as an Breaks Into Mortuary To...