“SWAT Is Like When NEPA Changed To PHCN” – Reno Omokri 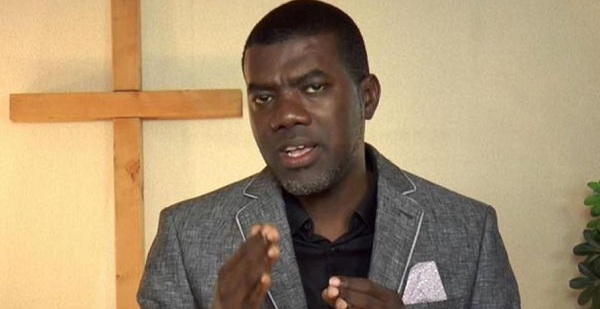 Time of gist recall that IGP Adamu had earlier announced that the SWAT team will replace the Special Anti-Robbery Squad (SARS) which was disbanded following nationwide protests over its brutality, illegal arrest, extortion, extra-judicial killings, among others.

Reacting to the development, Reno Omokri insisted that the change of name from SARS to SWAT will amount to nothing as it is the same set of officers that will be recruited into the new squad.

“The SWAT announced by the @PoliceIGP is a Greek Gift. Without weeding out errant cops and recruiting new blood, who must go through a different and better training than SARS, the SWAT will just be like when NEPA changed to PHCN #ENDSARS#EndPoliceBrutalityinNigeria#SARSMUSTEND.”

Omokri also highlighted the President Muhammadu Buhari’s dogginess regarding matters that are of public importance.
He said,

“SWAT was set up in 1964 to suppress the riots that sprang up during the Civil Rights movement in America. Please research this yourself. And now that Nigerians are fighting for their Civil Rights, General @MBuhari’s government comes up with SWAT?”

“They don’t even have original ideas. Because @MBuhari changed from khaki to agbada, they think they can change from SARS to SW”

Lovely Photo a Nursing Mother at #EndSARS Protest with Her Baby