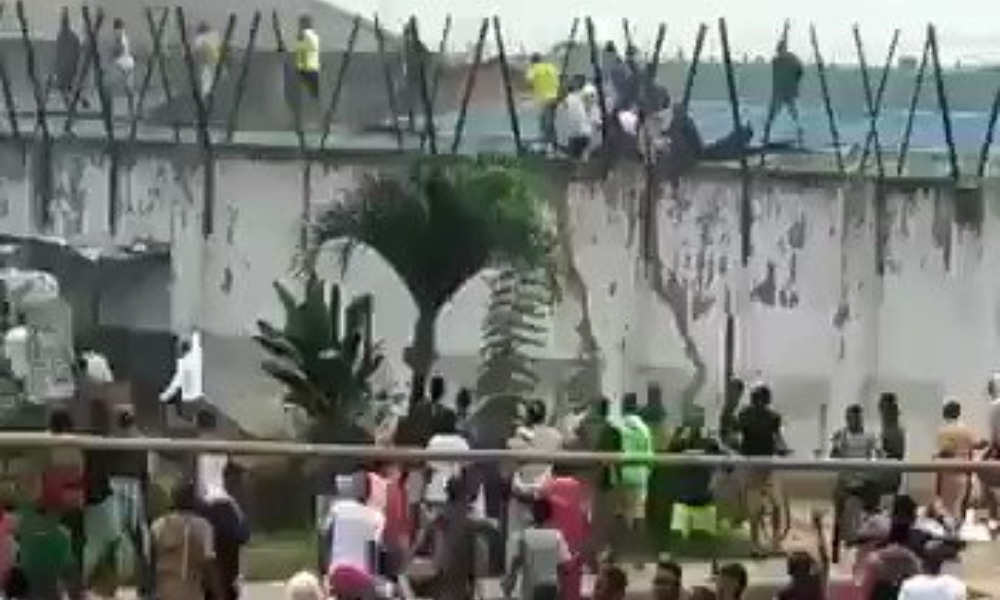 The Benin Prison popularly called White House has been jailbreak by Armed hoodlums.

According to the report, the armed hoodlums overpowered prison officials during a gun duel and free some of the inmates.

The hoodlums started gathering along Sapele Road beside the prison as early as 7 am setting bonfires and sending back road users.

They launched their attack when their number had swelled considerably, broke a part of the wall while some climbed the fence into the prison yard.

How my Adopted Sister of Less Than...

Heartbreaking Story of a Nigerian Woman Who...