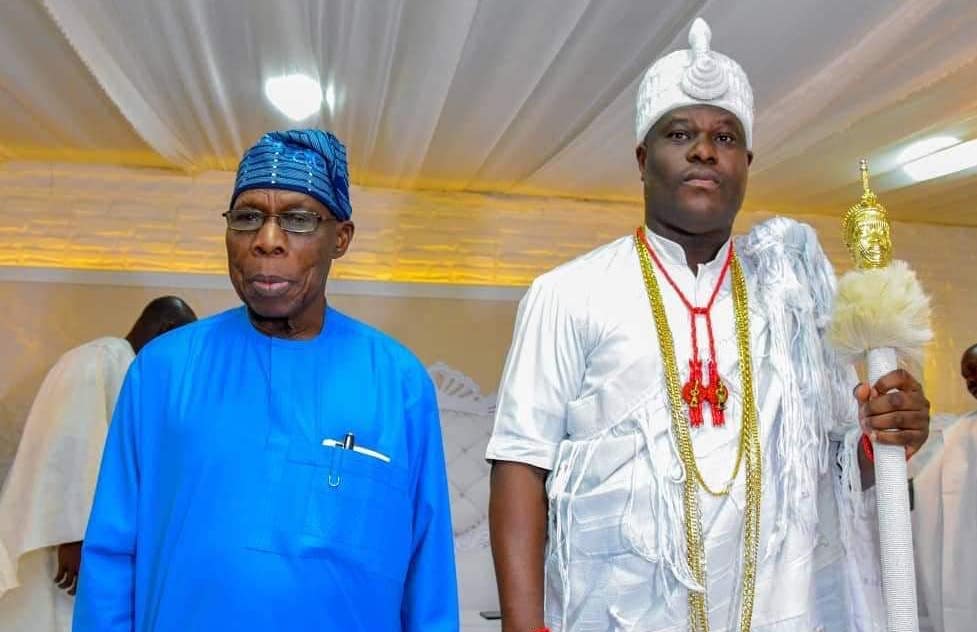 Oba Adeyeye Ogunwusi also appealed to the #EndSARS protesters across the country to retreat and give peace a chance.

He said: “If you look at the #EndSARS protest, you will see that our youths have what it takes to rule the country.

“Since day one, they have shown leadership, accountability, and a huge sense of responsibility which had sent a clear message to the government.

“Every day at 11:50 p.m., they displayed their financial update, and to me, I’m highly amazed by their sense of accountability.

“As a youth leader myself, I am proud that we all have communicated our ideas and it is heartwarming that we have been heard.

“Dear youths, it is time to retreat so as to prevent those with ulterior motives from hijacking the peaceful message of peace.

“The whole world is aware of our peaceful conduct and we must not let some bad elements tarnish this enviable integrity.

“Once again, I wish to urge our youths to stop the protest, for now, and give peace a chance. This will prevent the government from using force.

On the recent attack on the Osun State Governor, Gboyega Oyetola’s convoy by some hoodlums at the venue of #EndSARS protest in Osogbo, the Ooni described the incident as unfortunate.

“It is sad and we cannot but condemn it, as it is against the ethos of ‘Omoluabi’ for which we are known in Osun.

“Similarly, I want to commend Mr. Governor for the maturity which he has displayed in the handling of this sensitive issue, notwithstanding the provocation.

“It shows him as a father that he is. May God continue to protect him,” the Ooni added.

Speaking earlier, Obasanjo described the #EndSARS protest as the product of an extensive agitation by the Nigerian youths and urged the government to address their demands.

“More than 65 percent of our population are between the ages of 18 and 30. They are not only struggling to acquire education, they are also aspiring for the best that life can offer them.

“Some of them didn’t even get educated while those who are educated are getting frustrated because of lack of opportunities. We must realize that the lid on the boiling steam would have to be removed.

“Fortunately, the president has children and he knows how youths behave.”

JUST IN: Lagos Govt Shut down Schools Over #EndSARS Protests

Have Forgiven Those Who Accused Me of...