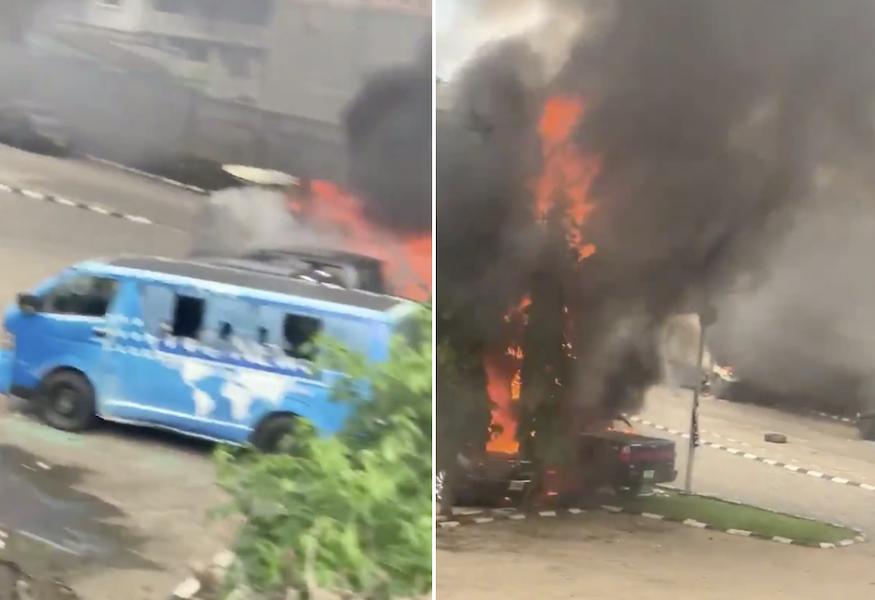 Thugs attack Television Continental in Lagos at the early hours of today.

Television Continental is believed to be owned by a former Lagos State governor, Bola Tinubu.

According to the report, thugs besieged the entrance of TVC in the Ikosi-Ketu area of Lagos and attempted to break into the broadcast station.

Lady offers to donate her kidney to...

No Black man will go to heaven...