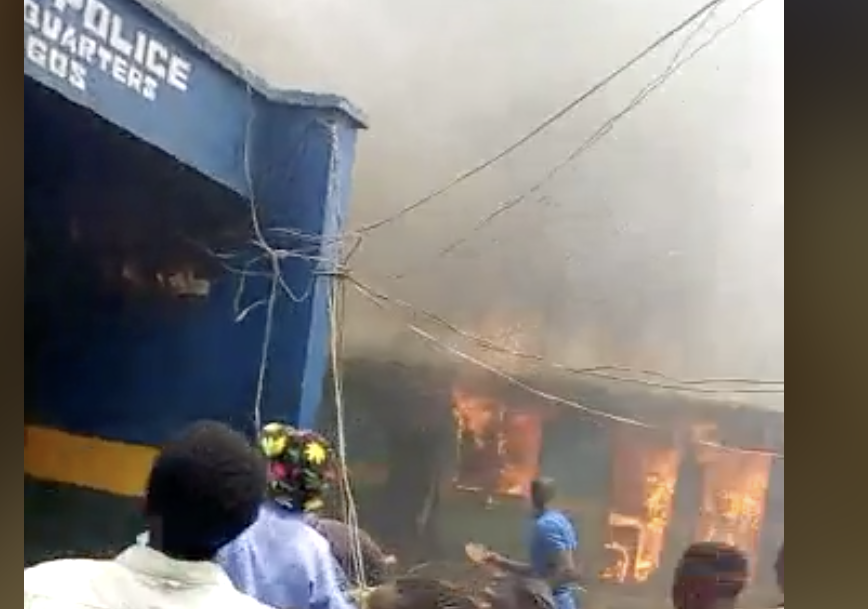 The police station at the Igando area of Lagos state was set on fire by suspected hoodlums.

According to witnesses, the stations were set ablaze after the hoodlums clashed with the police on Wednesday afternoon.

As of the time of filing this report, 10 stations had been set on fire across the Lagos state since violence broke out.

Shock as Married Man Sets Himself and...