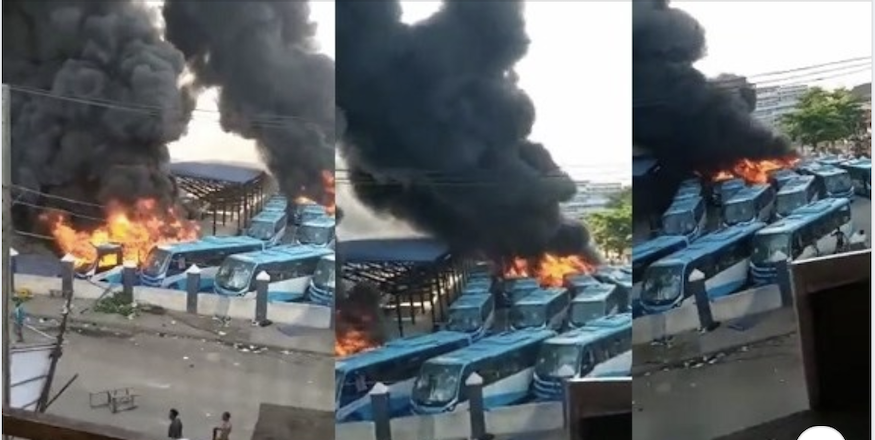 According to the report, a policeman who wanted to enforce the curfew in Lagos state, shot into the air and the bullet allegedly hit a young man who was in the area.

This caused an angry mob to retaliate, setting on fire BRT buses in the area.

The victim has since been rushed to a nearby hospital. Watch the video below: