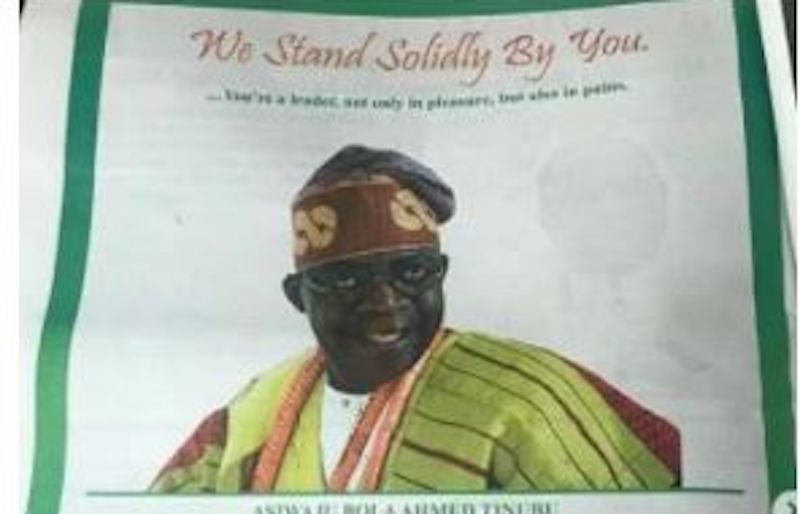 Some Nigerians spent money on newspaper adverts to show support for the national leader of the All Progressives Congress, Bola Tinubu after the Lekki shootings.

TIME OF GIST recalls that Tinubu was accused of having a hand in the shooting of innocent protesters, although he denied his involvement.

The photos caused mixed reactions on social media after some persons and organizations show their support for Bola Tinubu in pages of three widely read newspapers. Kidnappers Caught After They Kidnapped And Sold Little Boy for N920,000

I Apologize For Every Action & Inaction...

Man On The Run After Wife Gave...