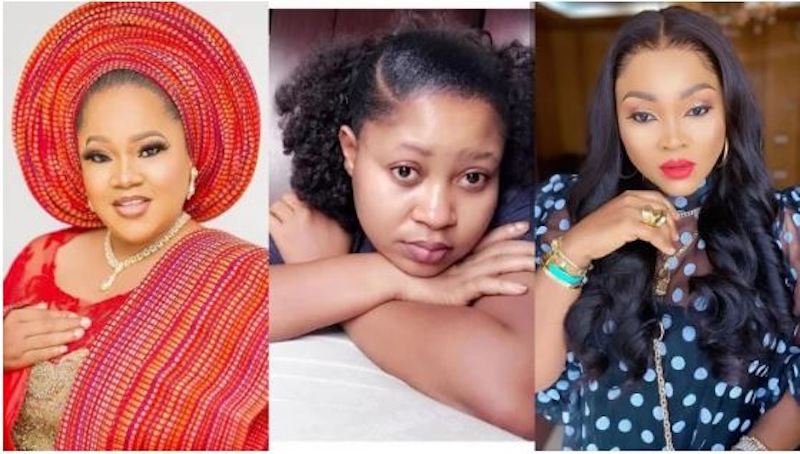 Some Nollywood stars, including  Toyin Abraham, Mercy Aigbe have come to the aid of Nollywood actress, Joke Jigan after hoodlums attacked her store.

Recall that Jigan had taken to Instagram to lament over her loss after hoodlums attacked her store.

Joke Jigan took to social media to appreciate Toyin Abraham, Mercy Aigbe, Sotayo Sobola, and other Nollywood celebrities who donated money for her due to her recent loss.

According to the mother of one, she is amazed at how her colleagues in the movie industry are donating for her to help restore her business that was emptied by hoodlums.

Sharing pictures of those that helped her in a bid to show appreciation, Joke Jigan wrote;

“Sotee!!!!! Kill me o!!! u can’t tell me to be quiet after that kind of money nau haba! thank you is not even enough! @sotayogaga”

“Aunty mercy!!!!!! I don’t even know what to write sef @realmercyaigbe I love you!”

“Vivian!!!!! @_lvhairandmakeupstudio @heritage_spice what kind of a woman sends that kind of money to another woman??????thank you!!!!! Ah! I’ve been trying to be strong on my own and u did all that?????? I love you! You are more than a friend !!!!! You literally made me cry!”

True Confidence Have No Room For Jealousy...