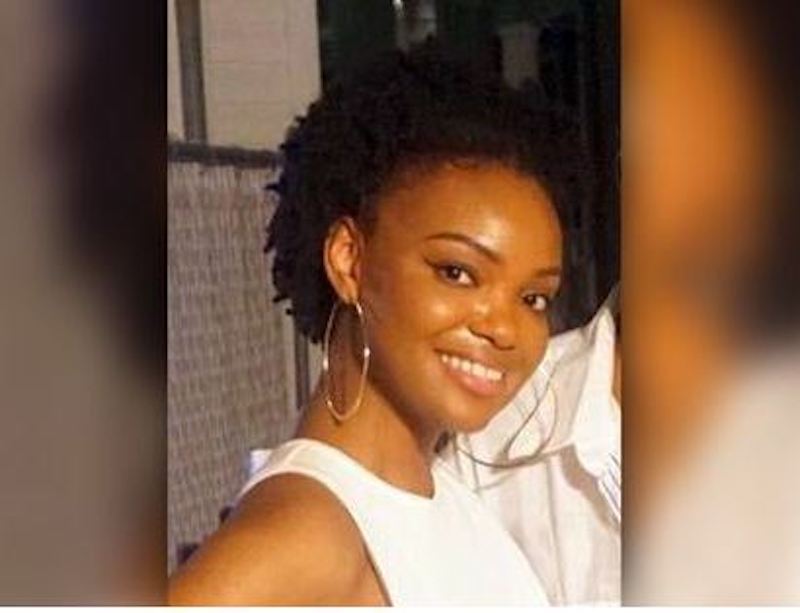 A man has been arrested by the New York Police after the body of his girlfriend who is a nurse practitioner was found behind a bush near an expressway in Queens.

Goey Charles, 29, of Uniondale, L.I., was charged Monday evening October 27, with the murder of his 6 months pregnant girlfriend, Vanessa Pierre, after he was arrested.

First responders found bruises around her neck, leading investigators to believe she was strangled.

The lady, Pierre was found facedown on the side of Horace Harding Expressway near Bell Blvd. in Bayside around 6 a.m. on Friday and surveillance video shows the suspect dumping her remains.

Pierre was dressed in pajamas with an orange shirt and a sock on one foot. She had a sweatshirt wrapped around her neck.

Charles and Pierre had been dating for about a year, according to their neighbors.

The New York Police department on Tuesday October 27, released the footage showing a man suspected to be her boyfriend, dumping her body, while announcing Charles’ arrest.

“She was pregnant too. She was six months — that’s what she told me. It looks like I lost two people. I was prepared to have a baby shower for her, and that’s the bad news I heard.”

Charles’ arraignment will occur in Queens Criminal Court on Tuesday.