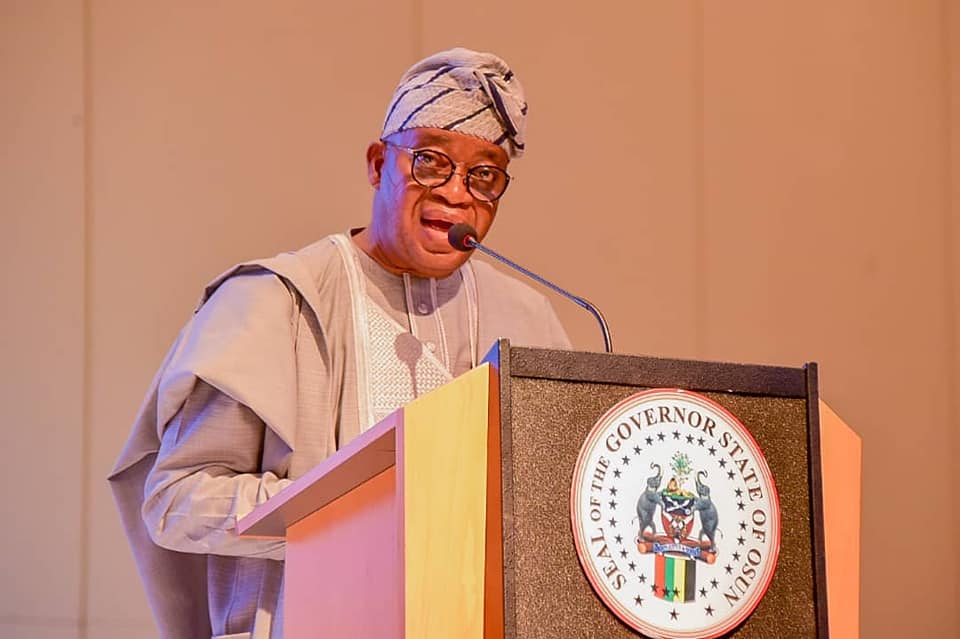 Governor Gboyega Oyetola of Osun State has given a two-week ultimatum for full documentation and registration of all commercial motorcycle operators in the State or risk suspension of their operations.

Governor Oyetola also gave a new order, limitating the operation of commercial motorcycle operators in the state to 8:00 pm daily.

These, according to him comes as part of efforts to firm up security in the State, following recent looting, vandalization of government and private properties and general disruption of peace.

Failure to comply with this new directive will lead to suspension of commercial motorcycle operations across the state.

The Governor made this known, Tuesday evening, at a meeting with the leadership of the associations of commercial motorcycle operators in the State.

He expressed his shock and displeasure at the way motorcycle operators allowed themselves to be used to cause unprecedented damages around the state in the last few days.

Addressing the representatives of the Okada riders in the state, Oyetola said, “Security reports revealed that your members played major roles in the destabilization and breakdown of law and order that necessitated the imposition of curfew in the State.

“I can also confirm to you that even the attempt on my life was aided by some of your members, who after our escape from the mob, gave my convoy a long chase and attempted to block our movement at different points. We also have security reports that some of your members are involved in all forms of illicit activities like robbery, kidnapping, and ritual killings.

“Considering all these, the government cannot pretend that all is well because the primary duty of government is to ensure security of life and property of its citizens. That is why we are mandating all the various associations of commercial motorcycle in the state to document their members, register their bikes, issue them tags and reflective jackets with bold prints behind showing the different areas and unit of operation,” he said.

Governor Oyetola said the government was aware that okada business was a source of livelihood and not all of them were criminals but the events of the past few days had shown that the criminal elements among them had become a threat to the peace of Osun.