Home » Teenage Remains Missing After Getting Arrested By SARS In 2017 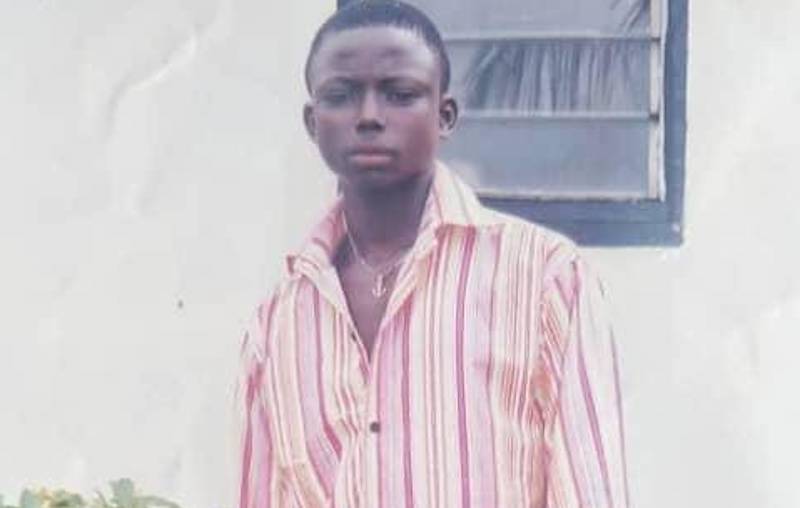 A teenage Nigerian boy identified as Victor Onyenka Nwachukwu, has gone missing after getting arrested by police officers.

The whereabouts of Onyenka Nwachukwu remains unknown three years after he was arrested by operatives of the now-defunct Special Anti-Robbery Squad of the Nigeria Police Force.

Nwachukwu was arrested by the operatives of Awkuzu SARS, Anambra State.

The Awkuzu SARS is dreadful for wanton and unchecked killing of young Nigerians.

A relative of Nwachukwu, who spoke with SaharaReporters, said the family was forced to stop the call for his release after CSP James Nwafor, a former head of Awkuzu SARS, threatened them.

The relative said Nwachukwu was picked on his way from the market in May 2017.

He said the boy was allowed to call the house by his Investigative Police Officer, who was simply identified as Paul, and that was the last time they ever heard from him.

The relative said, “He was arrested on his way home coming back from the market. He couldn’t say much when they collected the phone from him and said it was enough.

“We were asked to bring N500,000, and we said we don’t have that kind of money and what crime did he commit?

“They said we should go because OC SARS is not around and we should come back the next day.

“The next day, both Paul and OC SARS were nowhere to be found. We stayed the whole day waiting but did not see them.”

The family said continued visit to the SARS office was futile as they were not given access to Nwachukwu with the officers only concerned about collecting the N500,000 fee.

Nwachukwu’s relatives said they employed the service of a couple of lawyers, who could not do much to ensure the release of the boy due to the impunity of the SARS officers.

The family, however, made a little headway when they were informed that Nwachukwu had been admitted to the hospital for treatment after a series of reports to SARS Public Complaint Platform.

“We did make a report to SARS Public Complaint Platform and we were given a number to call that belongs to James Nwafor for peace resolution.

“We called James and he admitted that Nwachukwu was in their custody but he is in the hospital receiving treatment.

“When I asked what happened because my brother that called me didn’t sound ill, James paused, I said hello I’m listening then James started shouting that do I want to teach him his job?

“I then asked for hospital details for us to visit him but James started insulting and threatening me.

“We called and went there several times even for us to see Victor but to no avail till date,” the family added.

The family said they had to drop the search for Nwachukwu after they received a call from an officer in Abuja asking them to “forget about the boy”.

“When we were still searching, we called a lawyer in Abuja to help us and the lawyer made some calls.

“A police officer then called me and said if Nwachukwu is not the only son of my mother, we should forget about him and stop asking.

“The threats we received from CSP Nwafor in 2017 also made us leave Onitsha and relocate, and we had to stop the search for Nwachukwu.

“We need to know if Victor Onyenka Nwachukwu is still alive or not and we want justice if he has been murdered by SARS Awkuzu in Anambra State,” the family cried out.

TagsSARS
Suspects Arrested By Police Over Burnt Properties Cry Ou They Are Innocent
Man Dumps Dead Body Of His Pregnant Girlfriend By The Roadside After Allegedly Killing Her
We use cookies on our website to give you the most relevant experience by remembering your preferences and repeat visits. By clicking “Accept”, you consent to the use of ALL the cookies.
Cookie settingsACCEPT
Privacy & Cookies Policy