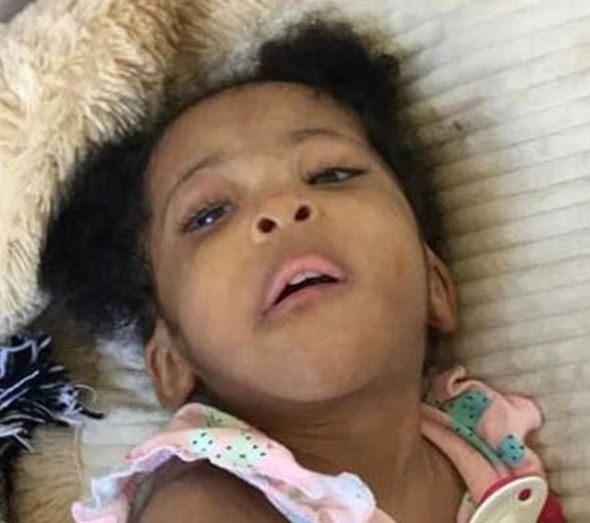 A couple has been detained and charged for murder after their under-fed five-year-old daughter who weighed half a stone died from dehydration and malnourishment.

Jerrail Mickens, 31, and Porscha Mickens, 29, who live near Buford, Georgia, US took their daughter Kylie Mickens to hospital on June 7.

Staff at Northeast Georgia Medical Center Braselton contacted the police about the child who was unresponsive due to her condition and low weight.

She was then flown to Children’s Healthcare of Atlanta – Scottish Rite Hospital.

Cops launched an investigation the next day after Kiley died.

The four-month probe included interviews, a search of the Mickens’ home and an autopsy on Kylie.

The autopsy in early October found Kylie died from dehydration and malnutrition due to medical neglect.

Her death was considered a murder and her parents were arrested.

After her death, her grandmother posted a message on Facebook seeking donations for her burial.

In her post, the woman wrote that her granddaughter was born with ‘a rare condition’ and was only expected to live two years.

“However we experienced a true miracle and were able to enjoy 5 years with her,” the post read.

Both Jerrail and Porscha Mickens remained at the Hall County Jail without bond on Wednesday, October 28.

2-Year-Old Boy Drowns in Pool While his...

Married couple welcome another woman after the...