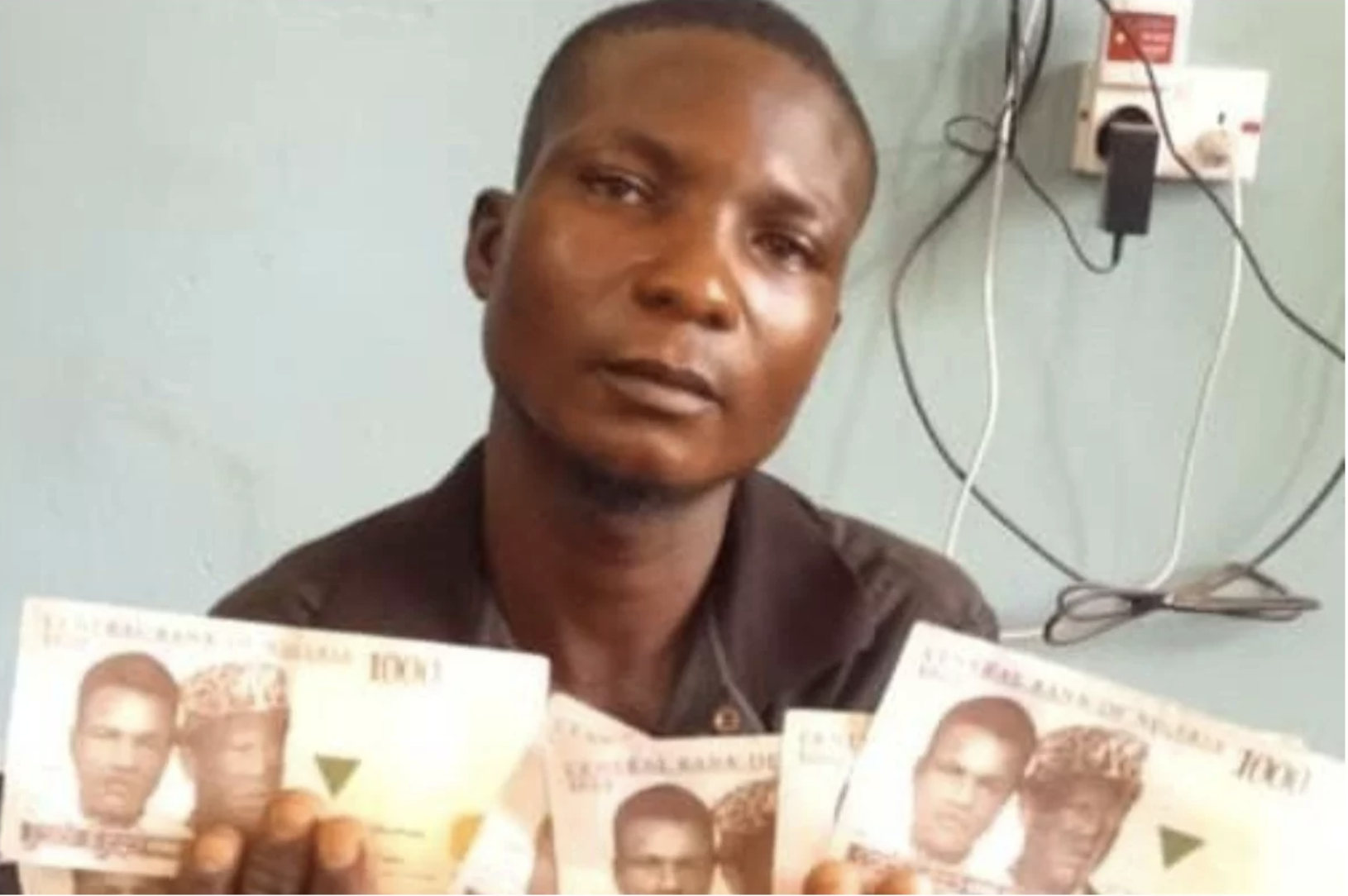 A 26-year-old has been arrested for circulating and spending fake Naira notes in the Adamawa State.

The suspect identified as Eson Fatgoel was apprehended on Saturday, October 31, by police operatives attached to Numan Division in Numan local government area of Adamawa State.

Confirming his arrest, Spokesperson of the Command, DSP Suleiman Yahya Nguroje, on Sunday, told newsmen in the State that Fatgoel has since been spending counterfeit notes in exchange for goods and services in Guyuk and Lafiya local government areas.

Nguroje warned traders to be careful not to fall victim as those counterfeit notes are still in circulation in those areas.

“The Commissioner of Police Olugbenga Adeyanju, while assuring that much is been done to preventing the circulation of the counterfeits, urge residents to report any suspicious persons or group around their neighbourhoods to the nearest police division or report same through any of the Police Command Control/Emergency: 08089671313, 08107364974, 08053872326,” Nguroje added.

Why Social Media Wasn’t Shut Down During EndSARS Protests – FG

Poor christians are those who continue to...