Brazilian Man Marries Himself After Breakup With Fiancee 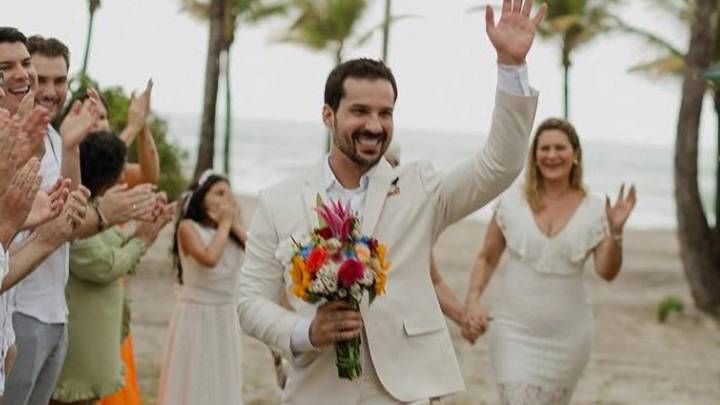 A man in Brazil identified as Dr Diogo Rabelo, has married himself in an elaborate ceremony after his fiancee broke up with him.

The Brazilian doctor who is 33 years of age, goes viral on social media after he married himself in a ceremony attended by his family and loved ones.

According to reports, doctors Diogo Rabelo and Vitor Bueno got engaged in November last year and had set a wedding date for last month.

However, in July, Ms Bueno decided to call off the relationship after a series of arguments over the summer.

While situation change, Diogo Rabelo decided to go through the wedding, that approximately cost 350,000 BRL, even after his fiancée Vitor Bueno broke off their engagement, the 33-year-old decided to marry himself,