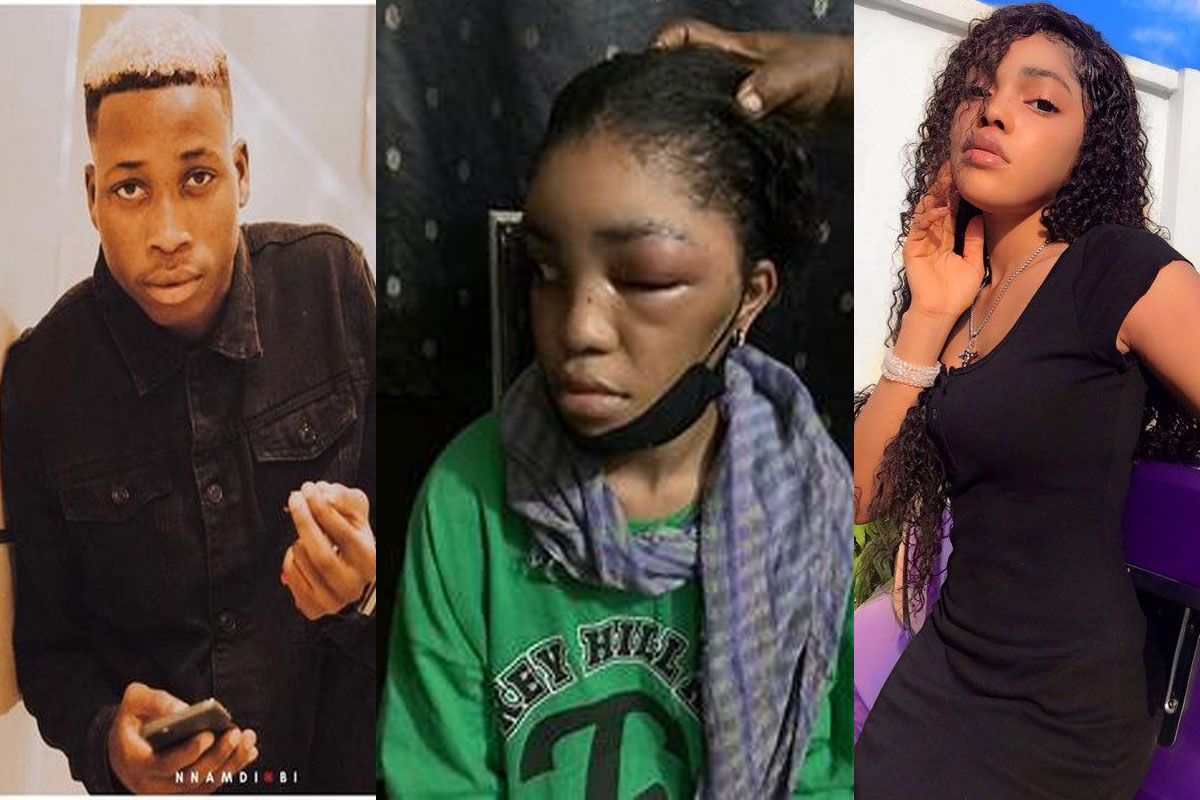 A Nigerian musician accused of battering his girlfriend sometime ago has finally reacted.

Embattled Nigerian rapper Sanni Goriola Wasiu better known as Lil Frosh who was accused of battering his girlfriend some time ago has finally reacted.

While refuting allegations of assaulting his girlfriend, Gift Camille, also known as Cute Geminme, the rapper said he didn’t beat his girl.

Recall that Camille also shared photos of her bruised and swollen face.

The ex-DMW signee in an interview where mentioned that he did not lay a finger on her.

According to Lil Frosh, the swelling on his girlfriend’s face was due to an allergic reaction and he claimed that she even told him that she had boil at the back of her ear which kept increasing by the day.

Lil frosh said the whole swelling on his girlfriend face was Allergic reaction when she had boil for like 7 days that he can’t beat her😭😭😭😭😭😭😭😭😭😭😭😭.
Who is advising this guy nau😓 pic.twitter.com/FKxpbz0GDl