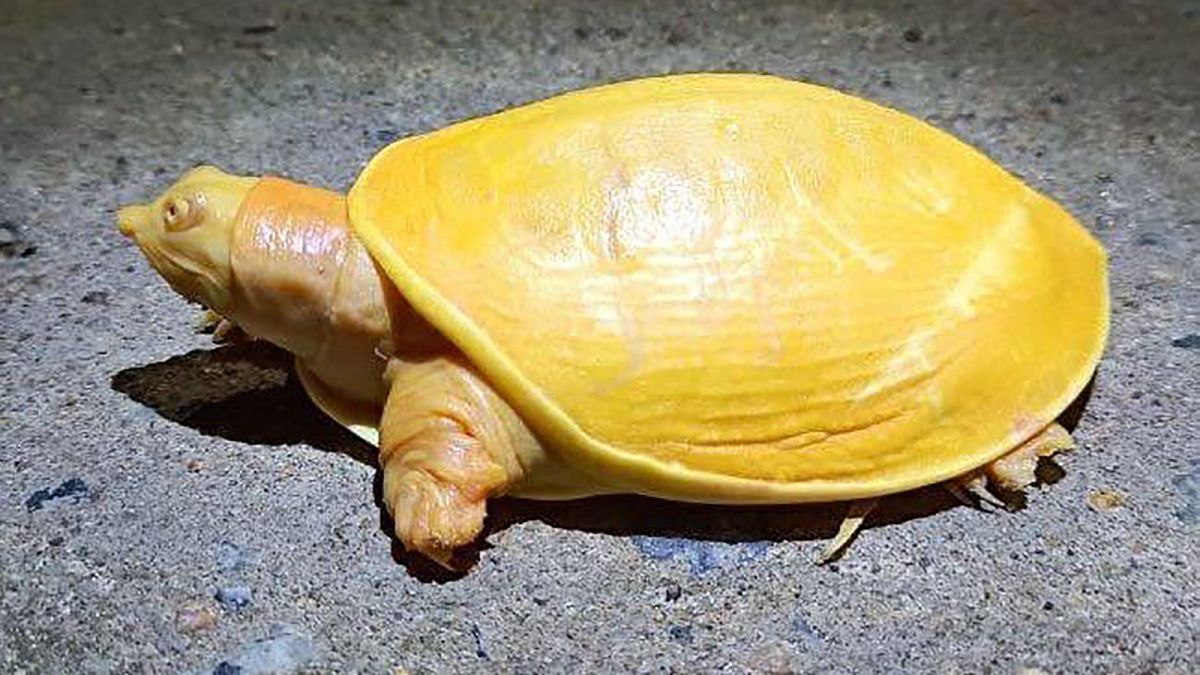 A farmer identified as Basudev Mahapatra, in eastern India has found a yellow turtle.

Mahapatra found the turtle and handed it over to forest officials, expert say is the product of albinism.

The rare animal is afflicted with a form of albinism that affects its coloration and has been compared online to melted cheese on a burger.

It belongs to a rare species called the Indian flap shell turtle.

The Indian flap shell turtle, which is normally green, is typically found in South Asia and is between 9 to 14 inches long. In August, a similar animal of the same species was discovered in Nepa. Zimbabwean Socialite Ginimbi bought casket a week before his death

Brazilian Man Marries Himself After Breakup With Fiancee