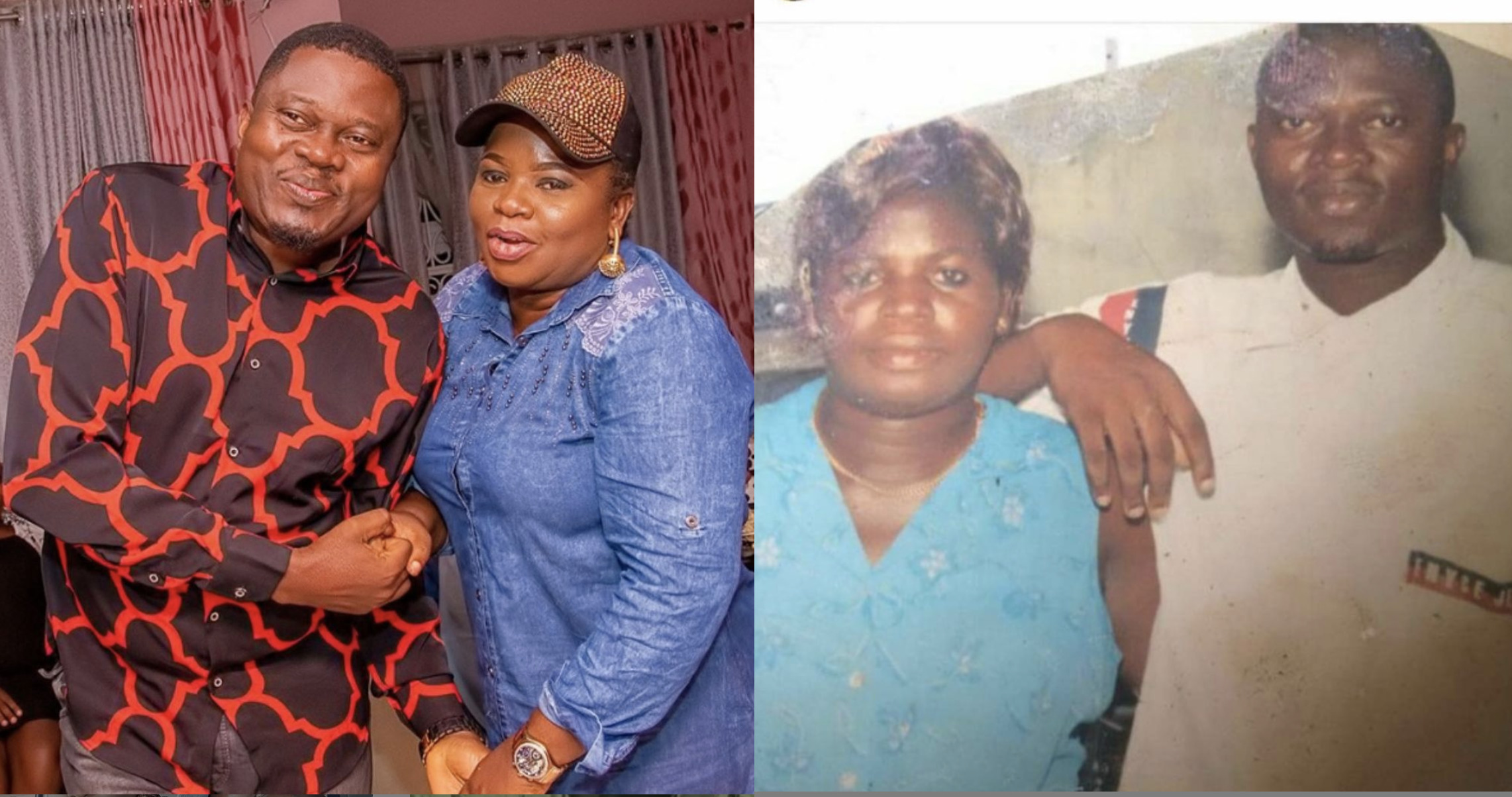 Muyiwa Authentic took to his social media page to share the hilarious photo of him and Iya BadanSeh 20 years ago and present a photo of them with a caption:

To God be The Entire GLORY.

We have every reason to be grateful to God @iyabadansneh ❤.

Racheal Oniga of Died From a Heart...