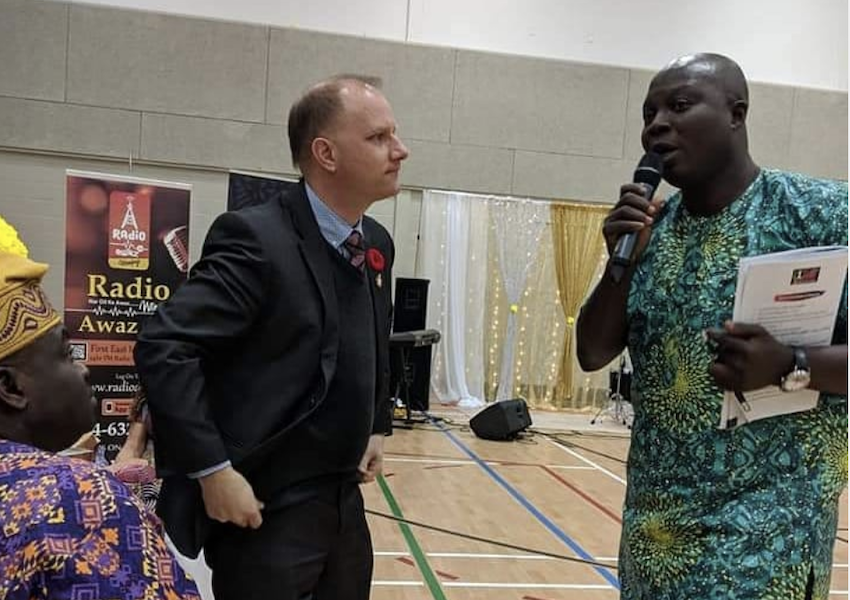 The comic actor took to his social media page to share a photo of him speaking with the Canadian politician at what it looks like an event.

In the photo, Andrew Micklefield seem to full attention to Mr Latin as he addresses him and the audience at the event.

Sharing the photo on his social media, Mr Latin wrote:

Not working at first attempt dosen’t make you a failure! Keep trying!! never give up