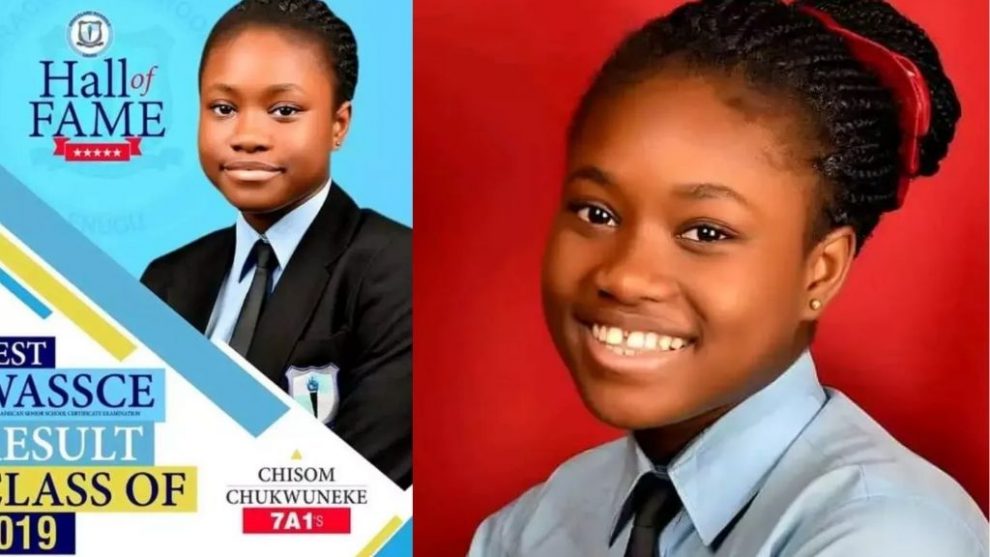 Many Nigerians grieve as 17 Nigerian girl, Chisom Chukwuneke who makes straights 7 A’s in the 2019 WAEC died.

She also emerged as the best student from her school, Graceland college in Enugu and was inducted in to the school’s hall of fame in 2019.

The father of the girl, Professor Felix Chukwuneke took to Facebook to mourn her loss.

He revealed that Chisom lost her life following an undisclosed sickness which started off as a leg pain but became severe over the year.

He also said that the deceased parents flew her out of the country to South Africa for treatment in other to safe her life but unfortunately she didn’t survive the sickness.

TagsChisom Chukwuneke
Bride-To-Be Kidnapped Just Three Weeks To Her Wedding In Jigawa
Police Rescue 55 Years Old Woman After Gun Battle With Bandits
We use cookies on our website to give you the most relevant experience by remembering your preferences and repeat visits. By clicking “Accept”, you consent to the use of ALL the cookies.
Cookie settingsACCEPT
Privacy & Cookies Policy