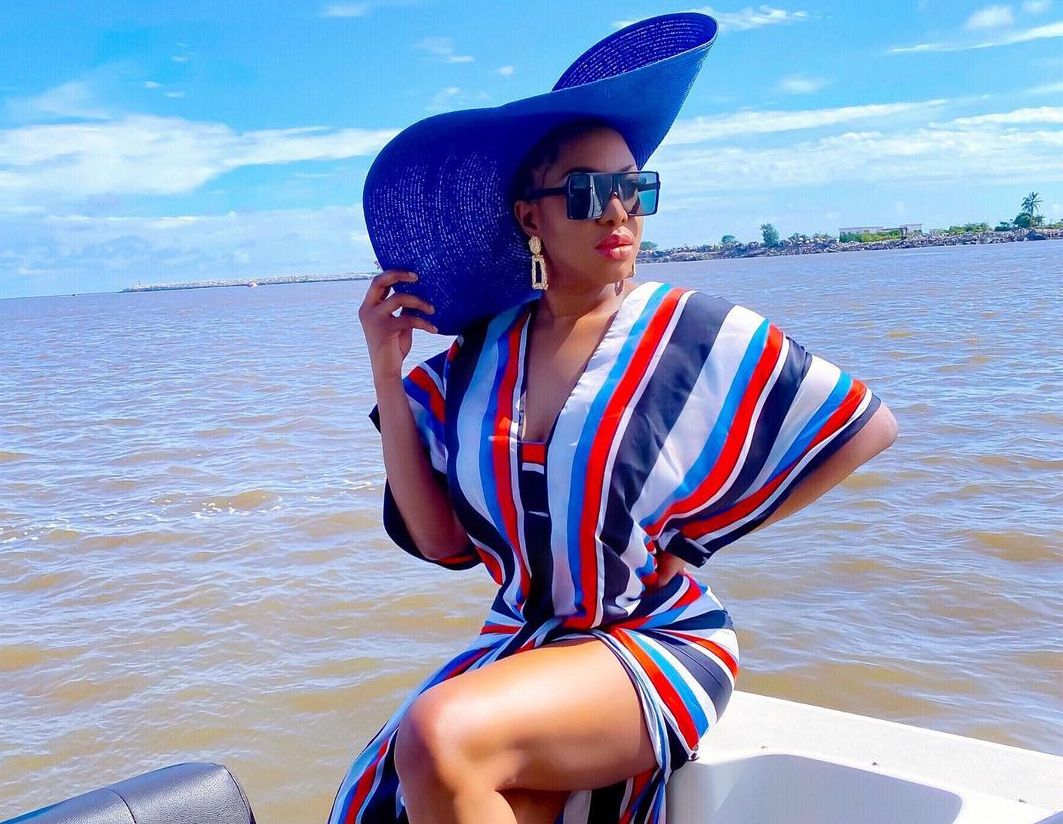 Nigerian actress, television personality, producer, business woman, philanthropist and former model, Chika Ike has lit up social media in the latest photo she shared of herself on Instagram.

The actress who seems to be having a nice time, shared photos of herself wearing a lovely multicolor dress in a boat yacht. While sharing the photo, the actress wrote: Life is a game of energy ⚡️…you attract what you’re ready for. ✨💙…. See photo below: Yoruba Actress Tawa Ajisefini Celebrate Her Husband on His Birthday