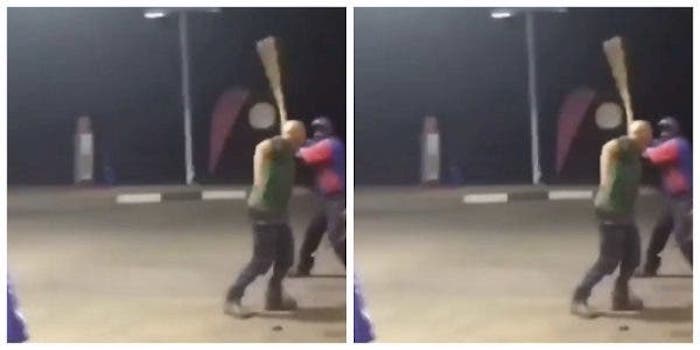 A white man based in South Africa got more than what he asked for calling a black man monkey.

In a viral video that surfaces online, the white man was beaten without mercy by a petrol attendant last night for the racist attack.

Be Grateful For All That You Are – Toyin Abraham Says

If my husband cheats, I’ll stay with him...

Man cries out as his wife left him...

Woman confesses to lying against man who was...