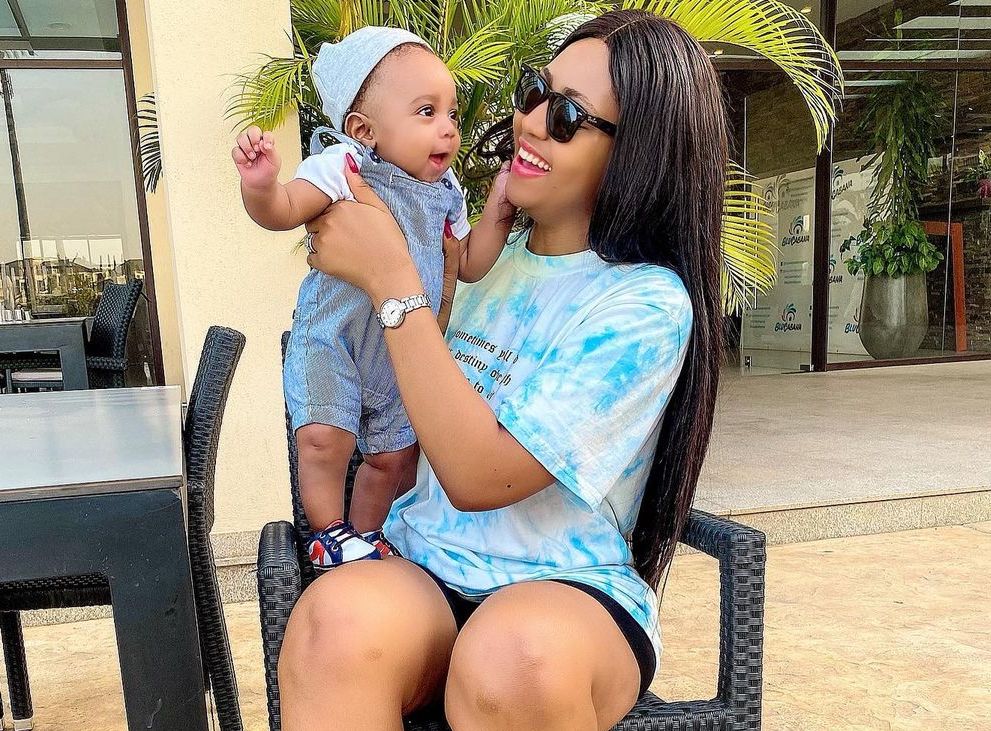 Nigerian actress and film producer, Regina Daniels can’t keep her happiness as she seen bonding with her son, Prince Munir Nwoko as he turned 5 months.

The 20-year-old mother, who seemed excited about the growth of her son, took to social media to celebrate him with a photo, writing:

In the video she shared on her Snapchat, she could be heard saying:

“Happy birthday…My son is 5 months” and called him ‘baba’ before playfully asking him to say hello to the camera and planted kisses on his face. It was so cute to watch.

The actress has been updating fans on her son’s growth from month to month and knowing how extravagant she likes things, we believe his one year birthday will be grand. Watch the video below:

TagsRegina Daniels
Singer LAX Buys a New House
Actress Lilian Afegbai Encourage Her Fans as She Bought Birkin Bag Worth 11 Million Naira
We use cookies on our website to give you the most relevant experience by remembering your preferences and repeat visits. By clicking “Accept”, you consent to the use of ALL the cookies.
Cookie settingsACCEPT
Privacy & Cookies Policy