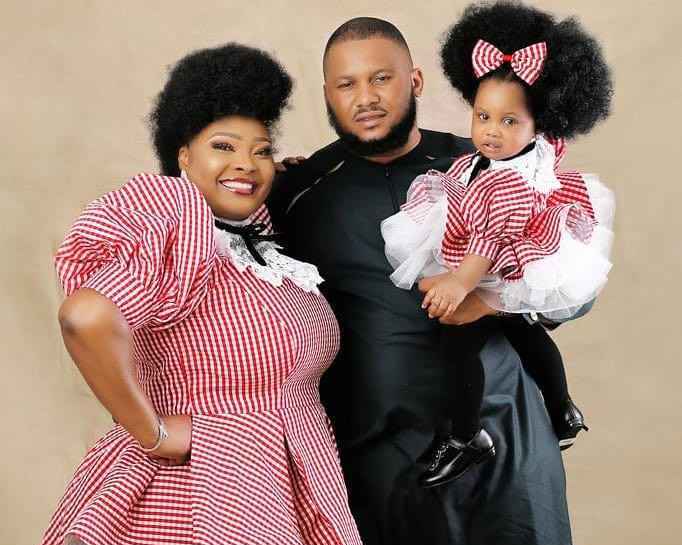 Yoruba actress, Ronke Odusanya who traveled to give birth to her daughter in Dallas, USA last year is having some serious marriage issues with her baby daddy, Jago.

Popular gossip blogger, gistlover released some shocking findings about the domestic affairs of Ronke Odunsanya, Her baby daddy, Jago and his mother. Ronke was said to have requested her baby daddy bankroll her like Mercy Aigbe and support her with N65M in acquiring filming equipment and setting up a movie studio, a move that will see Jago sell his last property worth N95M in Lagos, but his mum stood in the way, alleging that he is under the influence (of charms) and is not thinking straight. Here is how the issue is being reported by gistlover:

She is fighting for Sole custody of the child and restraint of the guy from coming anywhere near her and the Baby.

According to our source,she made him sold 3 out of his 4cars,Trouble started when their daughter wanted to celebrate her 1st birthday,Ronke requested for millions of Naira from her baby daddy and told him that she is a celebrity and she must celebrate the birthday in a very big way,the guy had to sell one of his cars worth 12m for 4m and and gave Ronke the 4m of which Ronke didn’t end up celebrating any birthday.

I left because of personal hygiene, she...