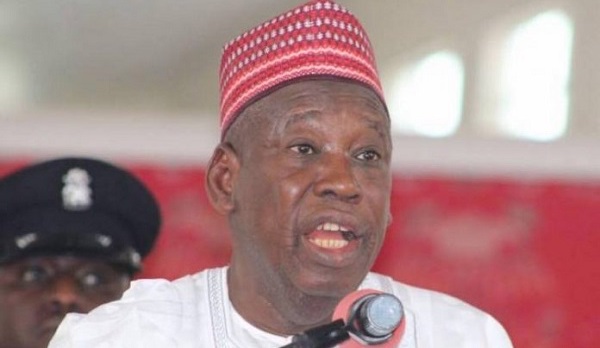 Kano State Governor Abdullahi Ganduje reveals that most Almajiris in the streets of Kano and other northern states came from neighbouring countries like Niger Republic, Chad and Northern Cameroun.

Ganduje, who spoke on Monday at a three-day retreat organised by the Universal Basic Education Commission (UBEC) in Kano and themed ‘Enhancing basic education in Nigeria towards a robust institutional strengthening and effective stakeholder engagement’ said:

“A lot of them (Almajiris) are foreigners from Niger Republic, Chad and Cameroun.

“From the survey we have conducted, most of the Almajiris roaming our streets are from Niger, Chad and the northern part of Cameroun.”

Ganduje said his main priorities in the education sector remained free and compulsory primary and secondary school education, as well as the transformation of the Almajiri education system.

Almajiri is the term used for pupils in Quranic schools. They usually roam the streets with plates begging for food and alms.

TagsAbdullahi Ganduje Almajiris in Kano Kano
Nigeria is Better Than What We Were Seven Years Ago – Minister of Defence
Nigerian Govt Announce Reduction in Pump Price From N168 to N162
We use cookies on our website to give you the most relevant experience by remembering your preferences and repeat visits. By clicking “Accept”, you consent to the use of ALL the cookies.
Cookie settingsACCEPT
Privacy & Cookies Policy