Couple Married For 72 Years, Died On The Same Day 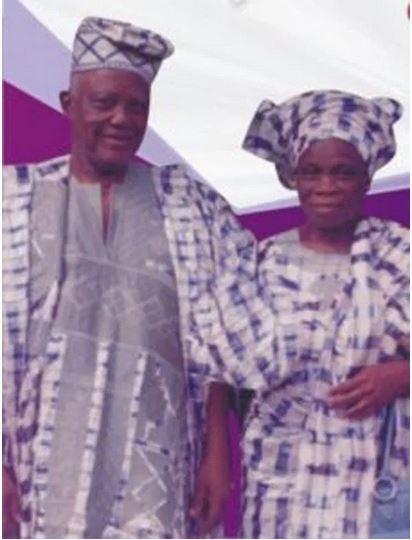 A Nigerian man, Pa Israel Akojede and his wife, Mama Esther, who died few hours apart after being married for 72 years, have been buried.

They were buried on Friday at the Apostolic Faith Church Cemetery, Ijeja in Abeokuta, Ogun.

The News Agency of Nigeria (NAN) reports that the couple died on Friday, Oct. 30, 2020 at Gbonagun in Obantoko area of Abeokuta.

NAN also reports that Pa Israel was 103 years at the time of his death, while Mama Esther who died shortly after receiving the news of her husband’s passing was aged 98.

Rev. Folorunsho Ajayi, delivering a sermon at the funeral service for the couple at Apostolic Faith Church, Ogun Regional Headquarters, Abeokuta, admonished couples to always pray together and believe in one another.

Ajayi, Regional Overseer of the church, who cited different bible chapters, noted that salvation was precious and that one must work hard and follow God’s rule to obtain it.

He called on women to be virtuous, truthful and always have respect for their husbands, saying that was one of the major ways to make heaven.

Speaking to NAN after their interment, the oldest child of the late couple, Mr Joseph Akojede, described his parent as loving, caring and prayer warriors.

“They were both great in life and in death. They were parents to all and not only the biological ones. They both exhibited parental care and were friends to all,” he said.

Also, the First Grandson, Olanrewaju Akojede, said he was grateful for the love and support he received from his “grandma and grandpa “.

He explained that their love and prayers were the driving force behind everything he did.

“They were so great parents who lived a pleasant and worthy life that is worth emulating.

“I am happy knowing that they are finally resting peacefully in heaven,” he said.

NAN further reports that some of their neighbours at Academy, Odo-Ona Elewe, Ibadan, testified to their “Endless Love’’; describing it as a love with two hearts beating endlessly together as one.

Mr Moses Jojolola, their neighbour of 15 years, likened the rare union, even unto death, to the existence of a strong kind of love and a tight relationship between the two.

“I have never seen such strong love in this life. The bond between the couple was so strong. They moved and did things together as good Christians, always conscious of their deeds and character,’’ he told NAN.

“There is love in sharing, goes a saying. To put this in practice, the Akojedes, not only shared material things, they much more, shared their moments of sickness. Strange!’’

As Jojolola explained, whenever one of them was sick, it would pass on to the second person, except a proper attention was quickly given to the sick one.

“Honestly, I was not surprised the couple died on the same day. Mama Esther had always told Baba she would definitely and immediately follow him in death,’’ he said.

Jojolola asked: “Do wishes still come true? If not, how do you explain Mama Akojede getting what she had always wished for within a few hours?”

According to Mrs Victoria Olabode, who is slightly above 80 years old and a neighbourhood friend to the Akojedes for about 30 years, mama never stopped expressing her wish to die the same day with her husband.

Olabode told NAN that when she heard they died few hours apart, she shouted, “The wish of this woman dying together with her husband has finally been accomplished.’’

The octogenarian said mama was always telling her children abroad to prepare to bury them the same day because her wish was to die the same day with her husband to avoid the children travelling down to Nigeria at different times.

Furthermore, the Akojedes, according to Mr Festus Oladoyinbo, another neighbour for eight years, they lived to teach people how to be humble, accommodating and devoted to God.

“There’s no regret meeting and living in the same community with the couple,’’ he said.

At this juncture, one wonders if the Akojedes merely put up a show for the world to make people live Godly lives and have peaceful homes.

Actor Damilola Olatunji Celebrate His Wife, Aruba on Her Birthday

Bride-To-Be And her two friends die a...