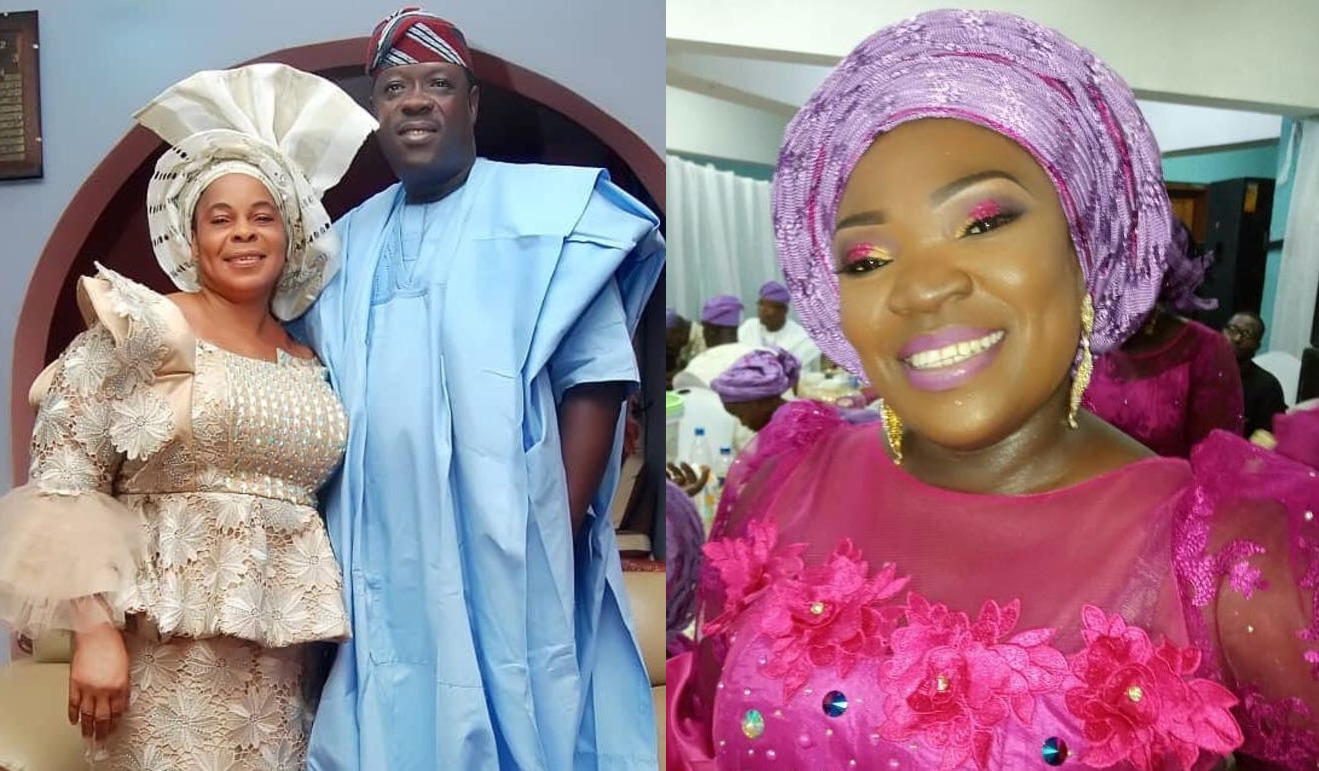 Ogogo was married to his first wife for over a decade before marrying another woman, the two wives practice different religions.

Ogogo is a devoted Muslim but despite his strong religious belief, Ogogo’s first wife, Ajoke Taiwo, is a Christian while his second and young wife, Taibat Taiwo, is a Muslim.

Despite the differences in the religions, Ogogo has been cohabiting peacefully with the two women in his life. See photos below: