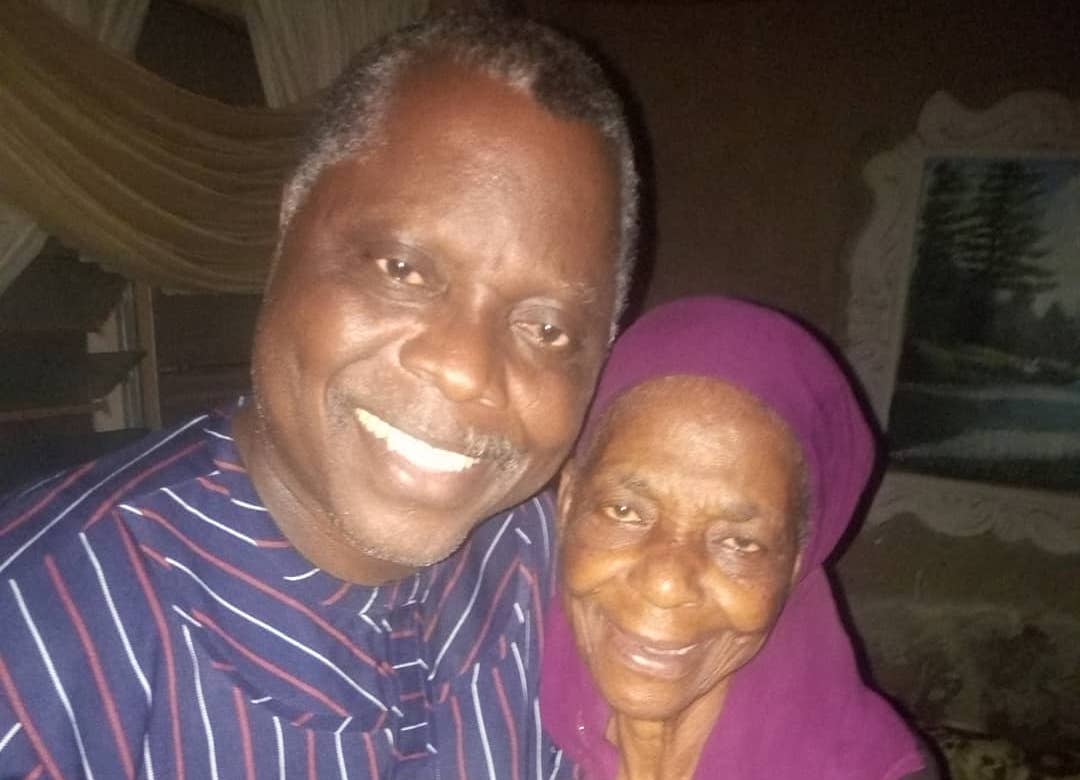 Dele Odule shares a photo of him hugging Iya Osogbo the caption:

It’s amazing to be with the elders, I visited the ninety years old and of course the oldest female actor in Yoruba genre of nollywood, Mama, Grace Oyin-Adejobi popularly known as Iya Osogbo, to know how she’s faring, we had a lengthy conversation and it was quite great, àgbà o ní tán lórí’lẹ̀ o.

Many of Dele Odule colleagues took to the comment section to share praise him for his action. Actress Lola Idije wrote, “God bless you sir, nice one 🙏♥️♥️♥️♥️”,

Yomi Fabiyi wrote, “Humanity at it’s peak. We must never forget our elders and veterans👍🙌”.