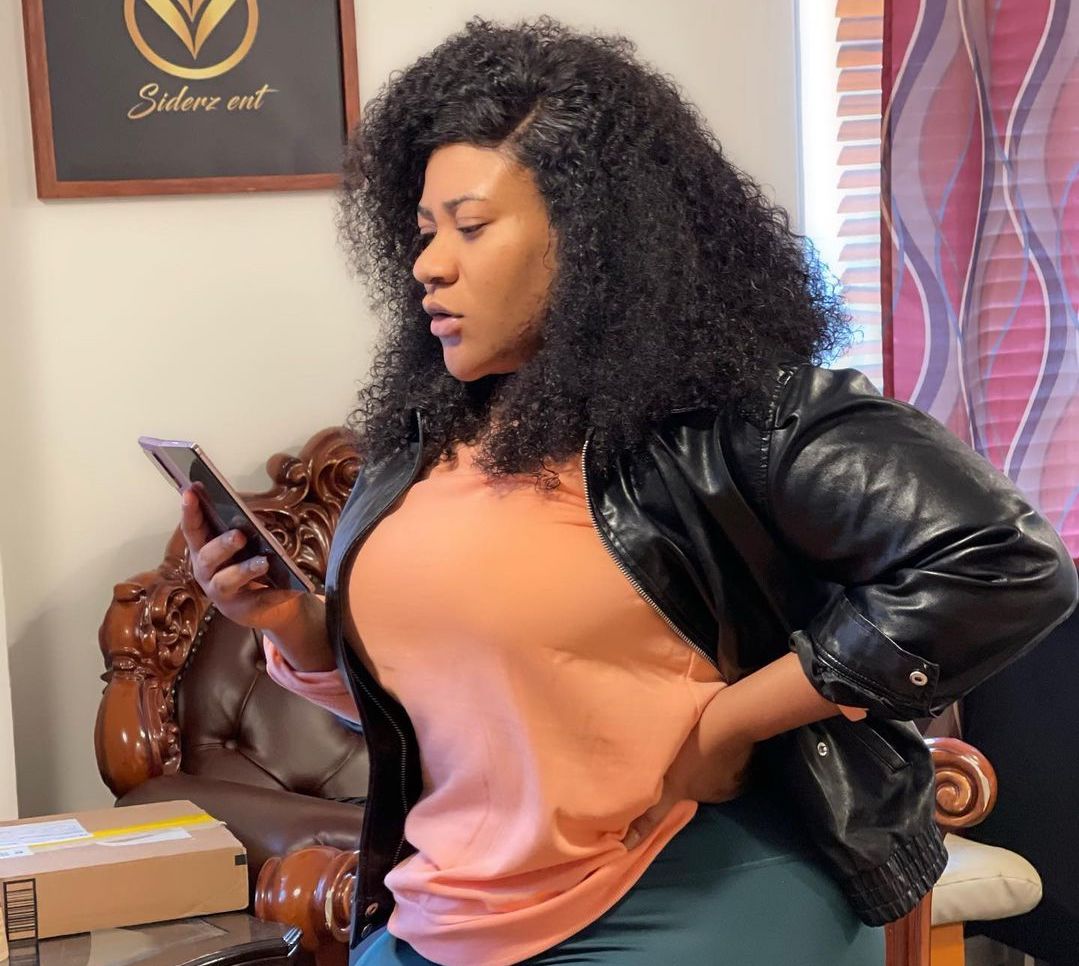 Nollywood actress Nkechi Blessing has took to social media to let her fans know that she is single and searching a man.

Nkechi Blessing who said she is in the state of emergency of a man, shares a text post with the caption:

Signify under this post let your man locate you🏃‍♀️🏃‍♀️ As for me I am In a State of Emergency 🤦🏻‍♀️ What ever that means 😤 but You can Slide in my DM sha🏃‍♀️🏃‍♀️.

Recall that faced backlash after calling out a follower who tattooed her name on her arm. The follower named Oyinda had tattooed “NBS to the world” on her arm, which is a combination of Nkechi Blessing Sunday’s initials and a quote she’s known to use.

Reacting, Nkechi suspected her of doing it for money and told her she won’t get a kobo from her. A few days later
Nkechi Blessing reached out to the woman privately to apologize and she also apologized publicly.