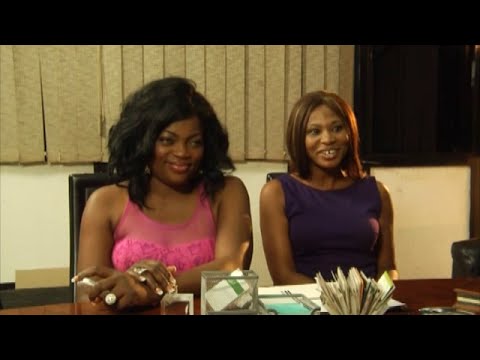 Two friends Cleo(Funke Akindele) and Alice(Queen Nwokoye) live a fake life in the city, they think they are on top of their game till Cleo comes across Shania (Nse Ikpe Etim) who beats them to their game.

Cleo(Funke Akindele) becomes anxious to know more about Shania (Nse Ikpe Etim), she traces her and finds out who she really is.

See how Cleo(Funke Akindele) and Alice(Queen Nwokoye) play their game in the city.

This drama features Funke Akinde, Akindele-Bello Olufunke Ayotunde is a Nigerian actress and producer. Funke starred in the sitcom I Need to Know from 1998 to 2002, and in 2009 she won the Africa Movie Academy Award for Best Actress in a Leading Role.

Diary of a crazy Nigerian wife