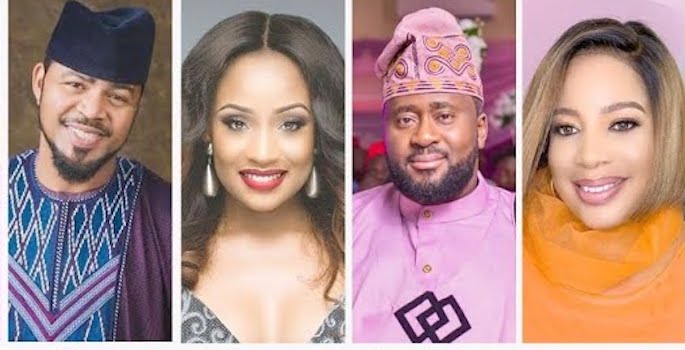 Mildred returns to Nigeria for a business meeting. As she makes to go back, she’s placed on an assignment to save Kelvin, a sick man.

In her bid to do so, she encounters Uzo who she had dealings with in the past and a battle ensues. Who will win the battle for Kelvin’s body and heart.

This darama features, Ramsey Noah, was born on December 19, 1970 in Lagos, Nigeria. At 20, he was starting out as an aspiring musician prior to heeding a friend’s advise to take a stab on acting.

At 21, he audition and instantly won the role of Jeff in an on-coming Nigerian television soap opera, Fortunes. By the age of 23, he was seen in Fortunes (from 1993 to 1994) which was a smash hit.

Captivating the viewers with his performance as Jeff (a name he is widely called in Nigeria), he instantly rose to fame and became one of the most recognised face in the Nigerian entertainment industry.

Lucifer is the Identity of the Voice...