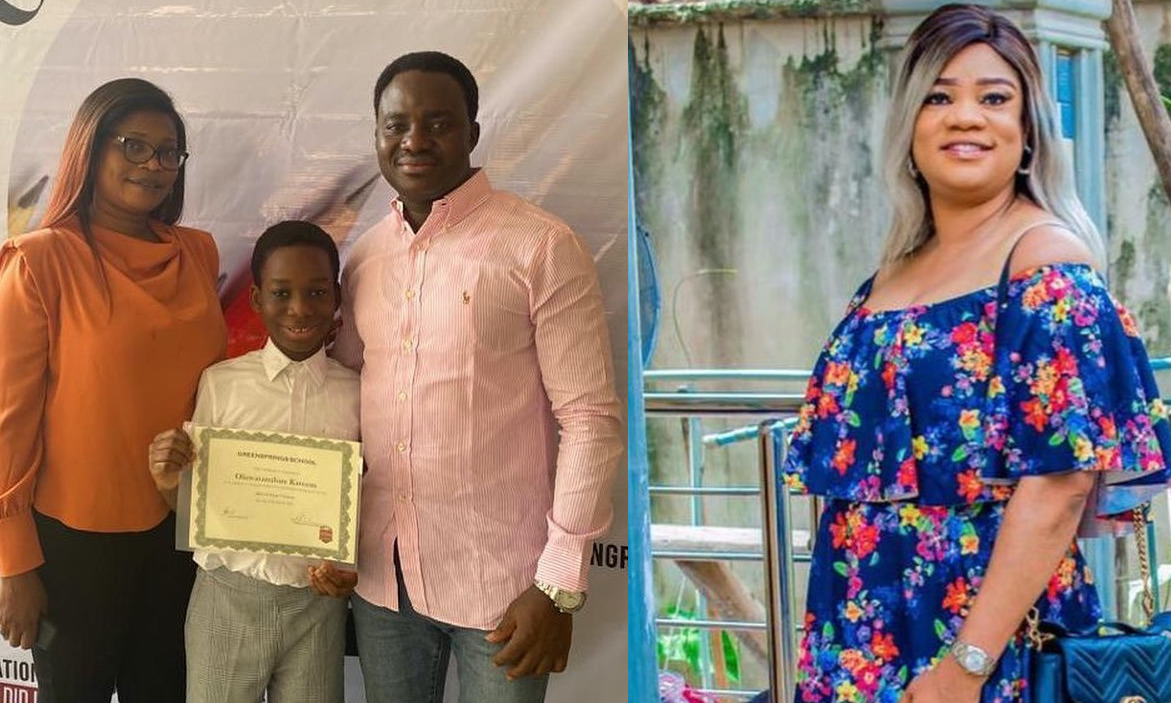 Nigerian actress and producer, Opeyemi Aiyeola is in a joyful mood as one of her son, came first in the spelling bee competition.

A spelling bee is a competition in which contestants are asked to spell a broad selection of words, usually with a varying degree of difficulty.

Opeyemi Aiyeola took to social media to shares the good news with her fans revealing that her son has been awarded a scholarship. Sharing a photo from the spelling bee event, Opeyemi Aiyeola wrote: Segun Ogungbe’s Two Wives Celebrate Him on His Birthday