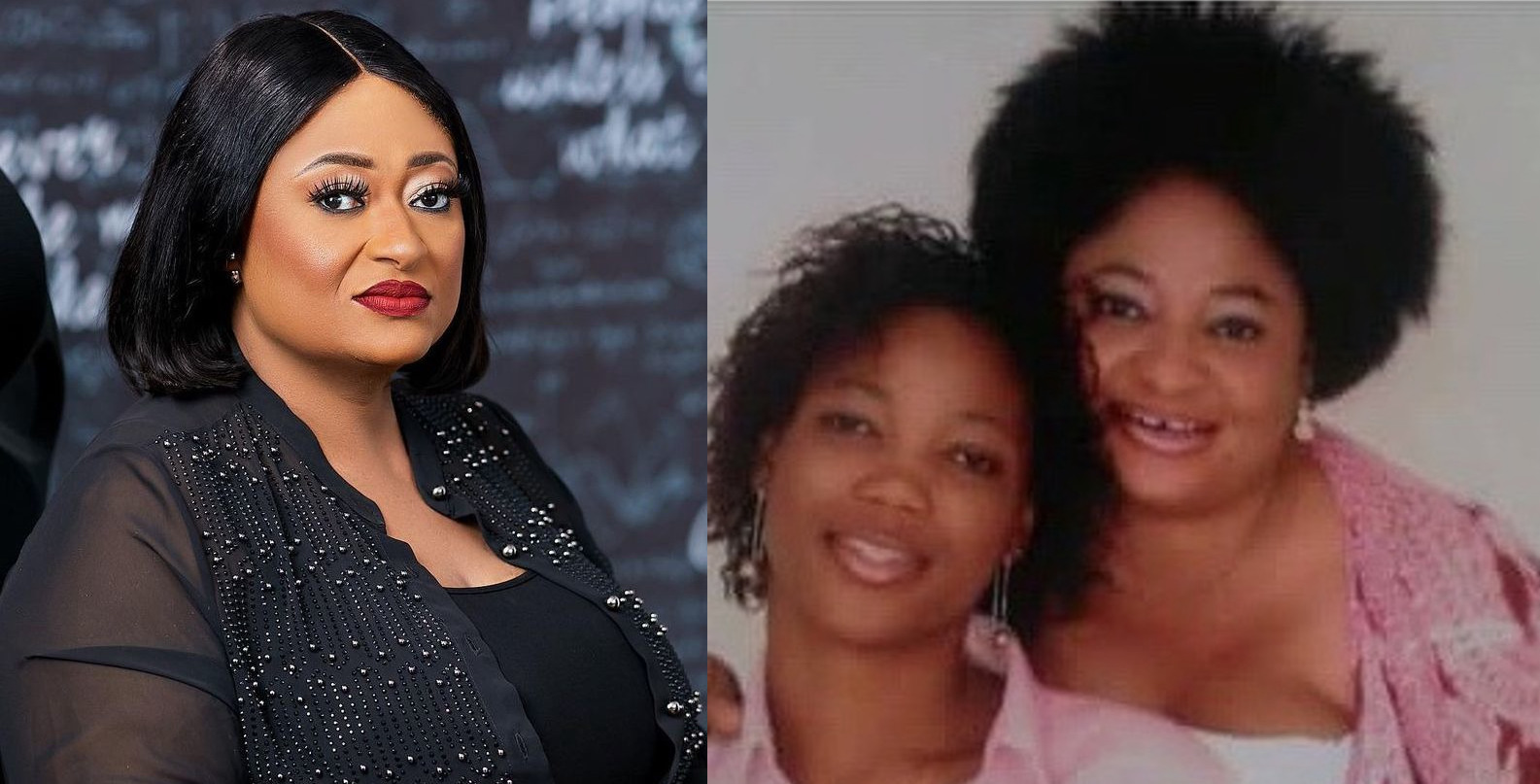 Actress, Ronke Ojo, popularly known as Ronke Oshodi Oke took to social media to mourn her sister, Oluwabunmi Akinleye who died a few years back due to bone cancer.

Ronke Oshodi Oke shares a throwback photo of her and her late daughter with the caption:

My darling daughter, my first born, my friend, my all in all. Oluwabunmi Akinleye 😭😭😭 it’s been 10 years you left ME 😭😭😭💔💔💔 I will continue to miss you my darling, no one like you anywhere. Love you so much sweetheart. Continue to RIP. 10 Celebrities Who Wishes Their Muslim Fans...