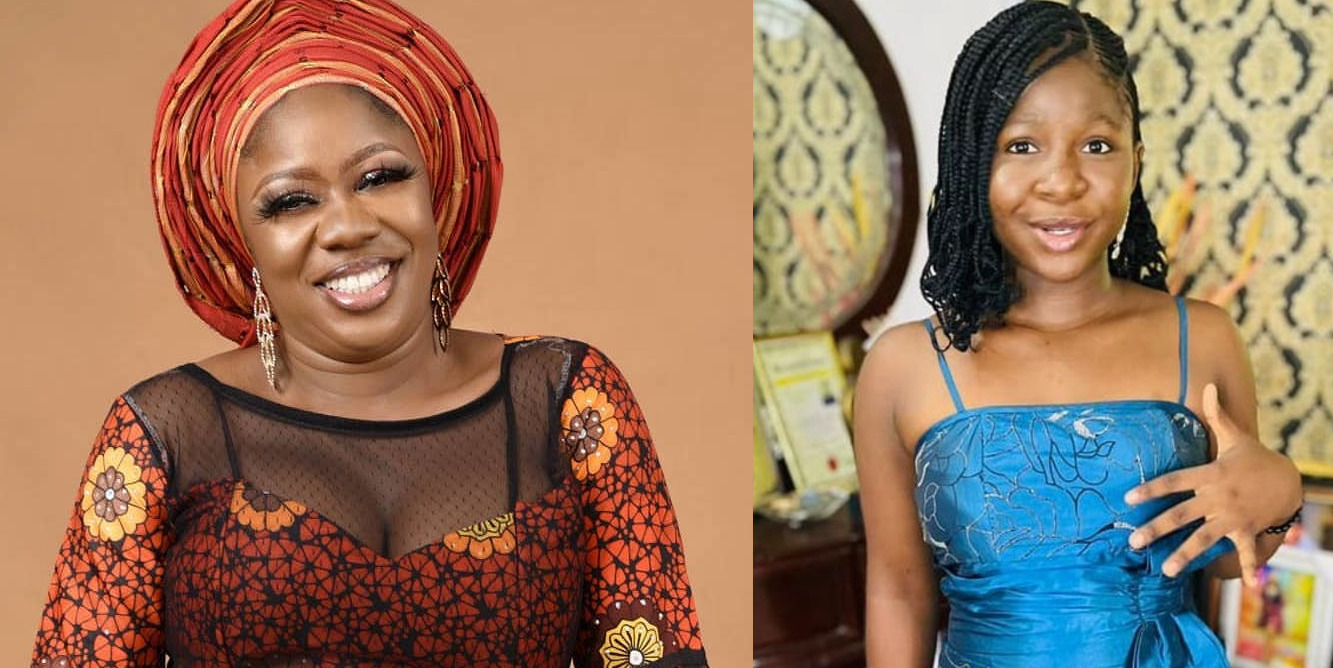 We present to you Kanyinsola Eniola, the daughter of actress Esther Kale.

Afeez Eniola, fondly known as Onileere is a popular Nollywood Yoruba actor, scriptwriter and movie producer. Afeez hails from Oyo State in south western Nigeria, his wife Esther Kalejaiye is a Nigerian actress who normally features in Yoruba indigenous movies. She is known by fans as Omo Jo Igbo in a popular movie titled Omo Gehtto.

Eniola Afeez shares a photo of his daughter with the caption:

Esther Kale shares a photo of her daughter with the caption:

Happy birthday to my joy, happiness,my own own Gold ,kanyinsola asake , I wish you the best in life,omo ewa na beans,
Every evil hand stretching to you shall wither. Every lying tongue against you shall be arrested. You will experience all round favour. God will satisfy you with long life and prosperity. In Jesus name 🙏🙏🙏@eniolaafeez @eniolakanyinsola

See photo of Kanyinsola Eniola below:

Happiness Looks Good on Me – Actress Lola Margret Gushes on Self