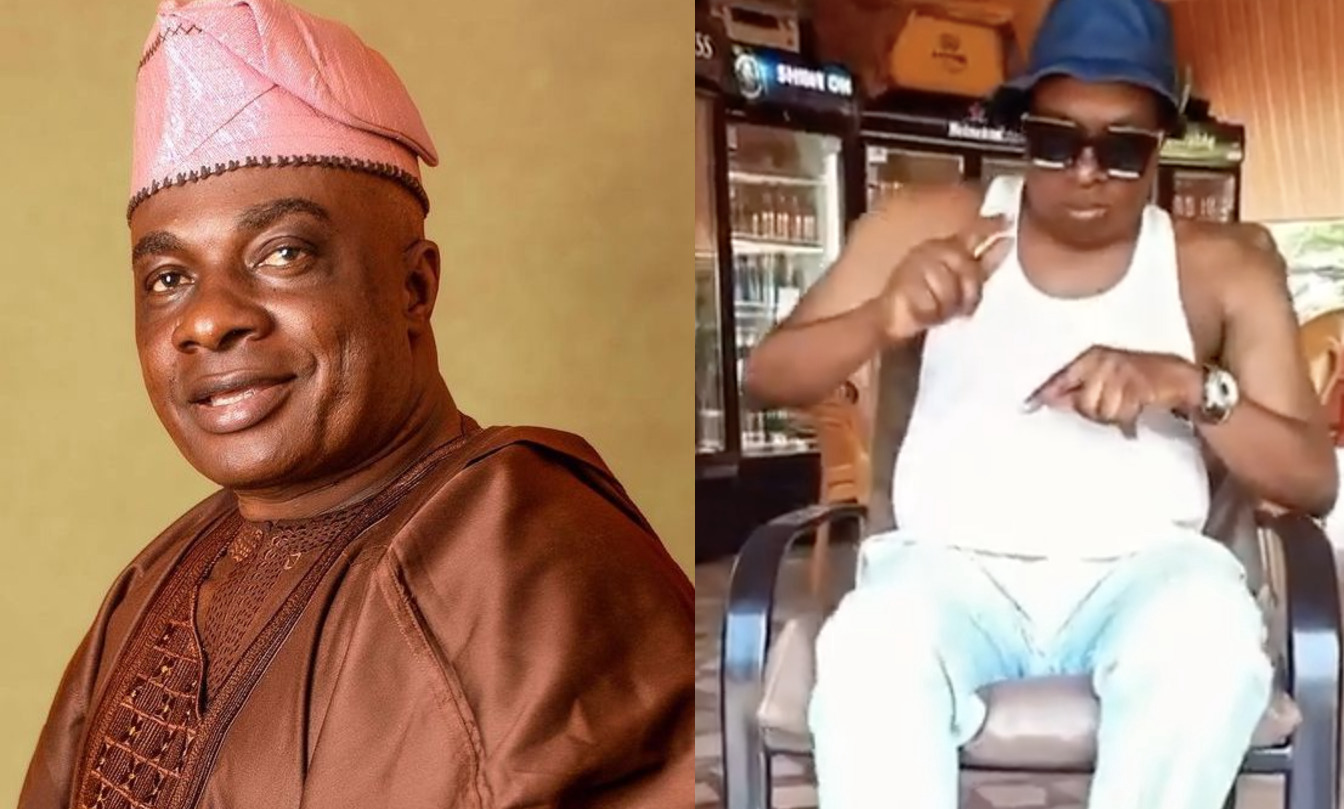 This time around, Olaiya Igwe took to social media to show off his #sitandlegworkchallenge skill.

Few celebrities have joined the #sitandlegworkchallenge on social media.

Olaiya Igwe shares a video as he show off his Sit and Leg Work Skills. Watch below:

I Make Sure Tonto Dikeh Carries my...