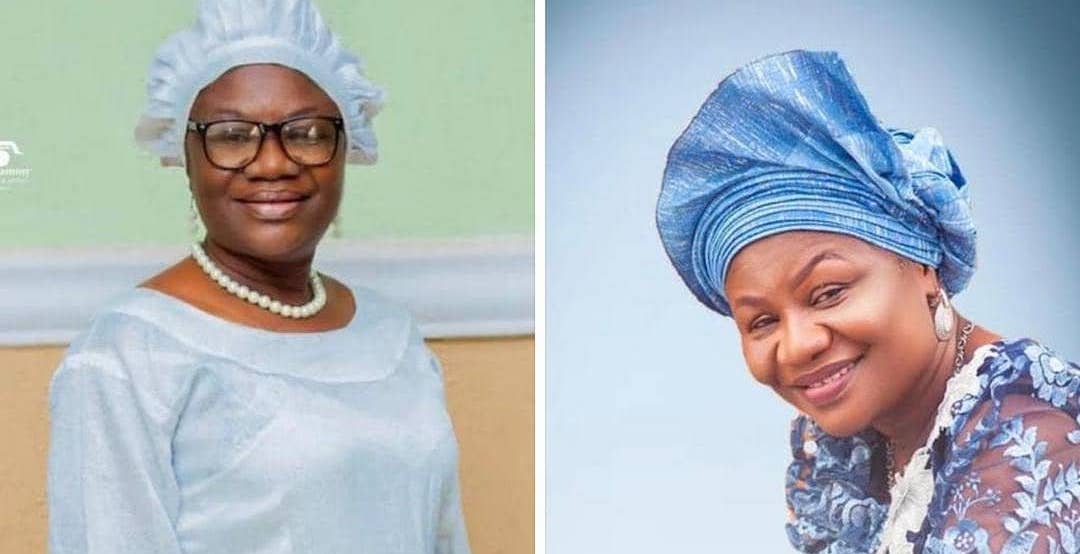 Veteran actress Joke Muyiwa has taken us down the memory lane of how she started her career.

Joke Muyiwa in her Instagram post, titled “Down the memory lane… Heroes of faith in CCC.” She reveals she was born into a Muslim family in Abeokuta city of Ogun State.

In her post, she thanks The Celestial Church of Christ, Monatan Parish, Ibadan in Oyo State.

Down the memory lane… Heroes of faith in CCC…

The name Joke Muyiwa needs no introduction. She is well known in and outside the shores of Nigeria. She’s a celebrity and a star.

Joke Muyiwa is a veteran Nollywood actress, born into a Muslim family of Mr. and Mrs. Ademuyiwa on March 21, 1963 at Abeokuta in Ogun State, Nigeria.
Her father was an Ifa priest and a herbalist, while the mother was a staunch Muslim, Iya Alasalatu.

She attended Sacred Heart Convent School Oke Ayo , Ring Road, Ibadan between 1969 and 1975. She then proceeded to Baptist Grammar School, Idi Ishin, Ibadan between 1975 and 1980, after which she decided to pursue her long nursed ambition of becoming a theatre artiste.

In 1980, Adejoke Adetoun Ademuyiwa joined the Nigerian Television Authority (NTA), Ibadan as an actress. Her first appearance on stage was in a TV Drama Series called ‘Why Worry’ produced by Tunji Fatilewa. A year later, she joined University of Ibadan Performing Company (UPC) as an Actress-in-Training, where she participated in numerous stage performances till 1984. In 1986, Joke moved to Obafemi Awolowo University Theatre Company as an Artiste-in-Residence and she was there till 1998.

Apart from her working experience in different Films and Theatre Companies in Nigeria like ‘Kakaki Production’ and ‘LabsDeroy Film Production Centre’, she has also served as a Lecturer at Lagos State University between 2002 to 2003.

Dr. Joke Muyiwa was a one-term Coordinator of the Department of Performing Arts, Olabisi Onabanjo University, Ago-Iwoye , Ogun State, where she is currently a Principal Arts Fellow.
………….

Thanks to CCC Monatan Parish Ibadan

Your poor diet is making your baby stool...

Say a Prayer to This Strong Woman...