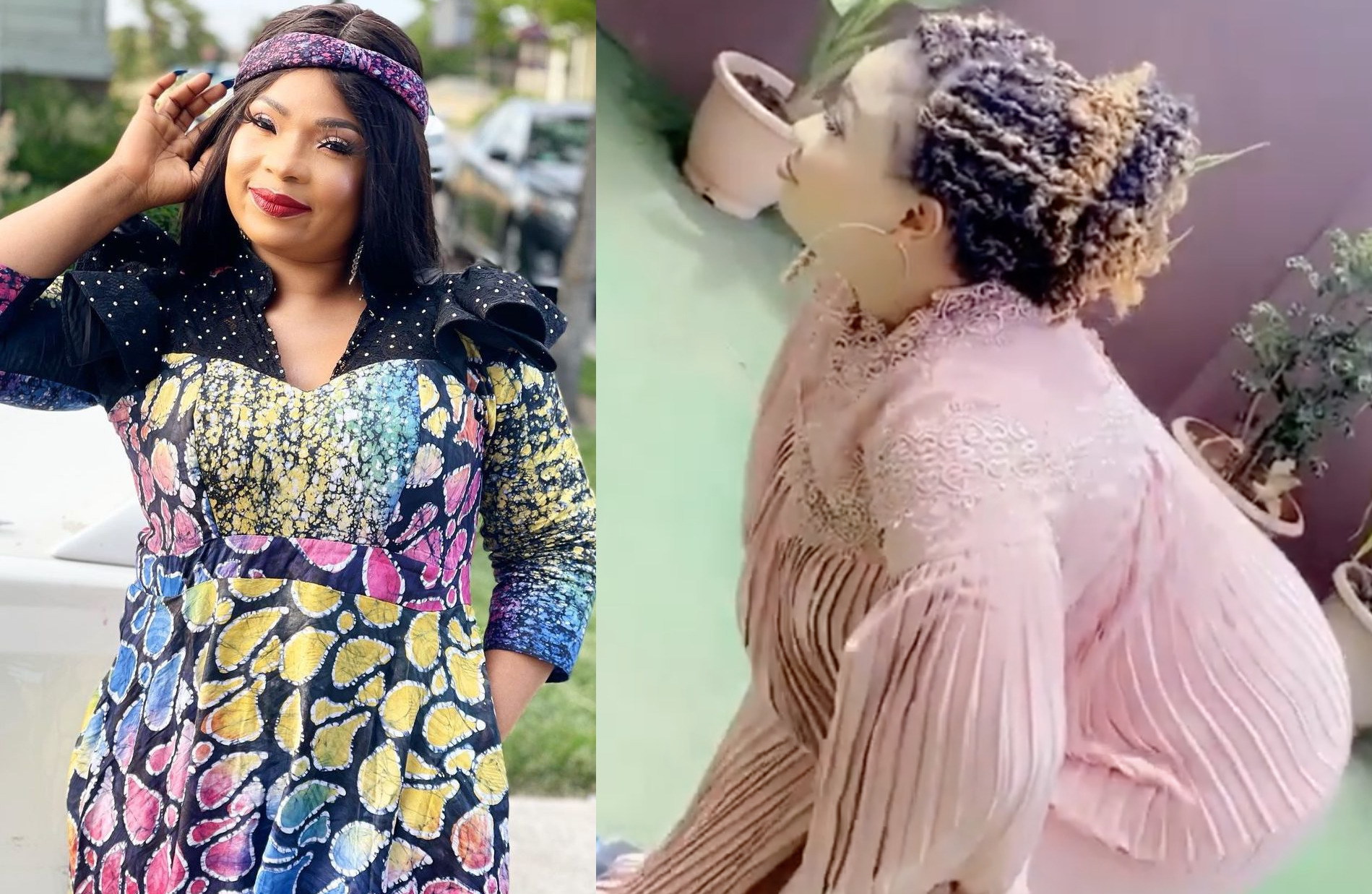 Nigerian Actress Laide Bakare is so excited as she signs a multi-billion Naira real estate deal.

Sharing a video, Laide Bakare could be seen dancing to the viral song Shedibala to celebrateher new endorsement. In the video, she could be heard telling the person behind the camera not to record her yansh to the public because she now an Alhaja.

Time of gist recalls that a few months back, Laide Bakare became the Asiwaju Adini of an Islamic society in the Alimosho area of Lagos state.

Sharing the video she wrote:

In another post, announcing the multi-billion Naira real estate deal, she wrote:

I stand with Tinubu, I have witness...

Marriage is not an Achievement – Blessing...