Nothing Will Happen to You – Toyin Tomato Says as she visit Olaiya Igwe, Recovers From Sickness 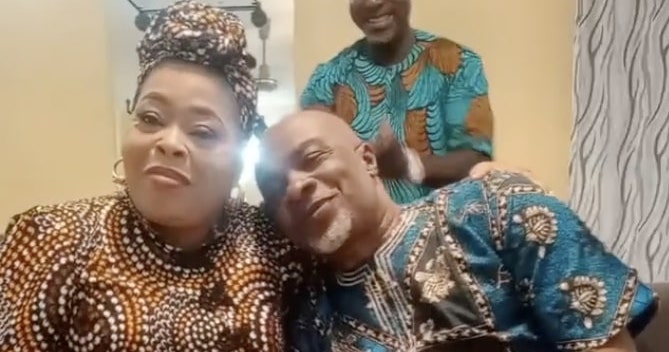 Timeofgist recalls that Olaiya Igwe was pronounce dead by some media outlet, which turns out to be false.

Olaya Igwe later confirm in some of the videos that surfaced online that he was sick and getting better.

Many of his colleagues such as Kemi Afolabi, Muka Ray, Yinka Quadri, Mr.Latin, and many others visited him in his home.

Toyin Tomato who visited him recently prayed for him and assured him nothing will happen to him.

Olaya Igwe uses the moment to thanks those that check upon him and stand by him during his sickness, and he’s getting better now.