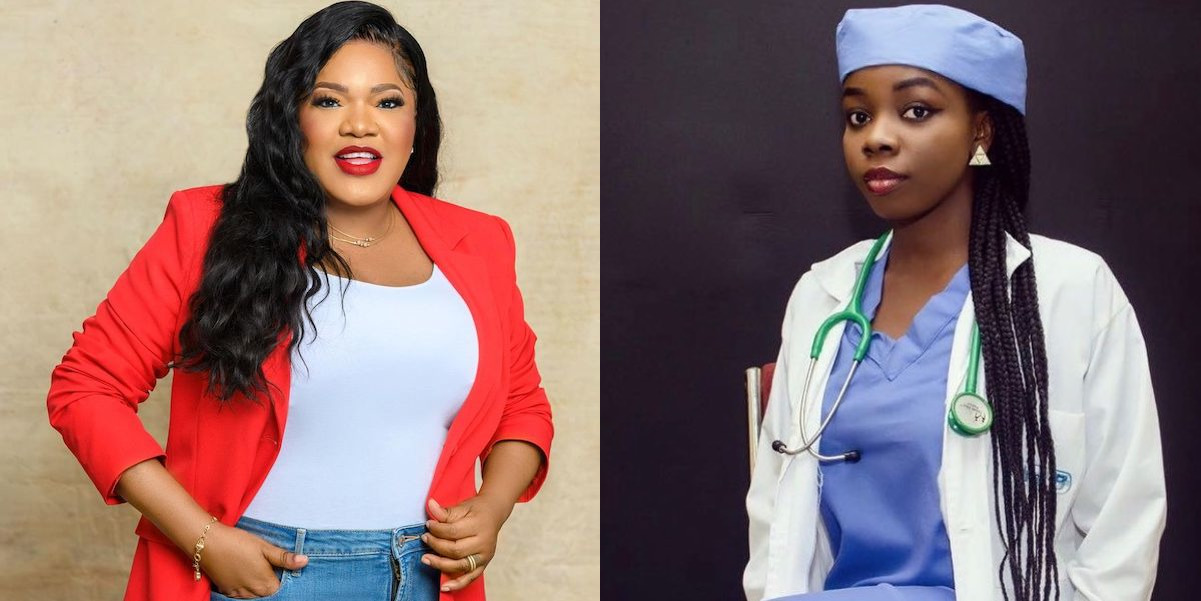 Nigerian actress Toyin Abraham has mourned Dr.Chinelo Megafu who tweeted about the Abuja-Kaduna train attack before her death.

Megafu reportedly died from gunshot injuries sustained during the terror attack on the Abuja-Kaduna train late Monday. She had during the attack announced on her Twitter that she was shot and asked for prayers.

Reacting to this Toyin Abraham wrote:

Even to the best of us, if you live in Nigeria, Naija-kind of life can happen to you. It makes the good bad and the bad look good. What happened at Kaduna rail yesterday is an example of how to make the good bad in Nigeria. Rail transportation that is regarded as one of the safest means of transportation is now suddenly not safe in Nigeria. Dr. Chinelo, a young Nigerian who cried out for help on social media paid the ultimate price by dying through the bullet of criminals who attacked the rail. About six other people died. May God forgive their sins and pity them that they came from a hell call Nigeria.

Dr. Chinelo’s case stood out because she came to social media to say she had been shot and needed prayers and possible help. But instead of many Nigerians responding positively, they were all over her space trolling her and calling her clout chaser (Lesson to clout chasers, your vain desire to score points, accolades and likes on social media, have real life impact. People won’t take serious those they should)

Nothing typifies our lack of soul and humanity than the story of late Dr. Chinelo. How can she reach out on social media for help and all some people could think about is how good or bad the government of the day would look like? Let me ask, is the government looking good when a group of people attacked airport and within days blew up a train on a government rail?
Humanity is not about party. It is not about scoring points for the best savage response on Twitter. It is simply about humanity. We should care about ourselves to the point where we see ourselves as human not objects you need to use to score cheap savage and political point (This is for those who live and breathe by the savage nature of Naija Twitter space).

Dr. Chinelo, we are sorry, the system let you down. Naija is a mess at the moment, hopefully this government will do better or we get better candidate in the next election.