‘Ashawo, you need to make peace with God for every husband you snatched’ – Prince Kpokpogri blast Tonto Dike 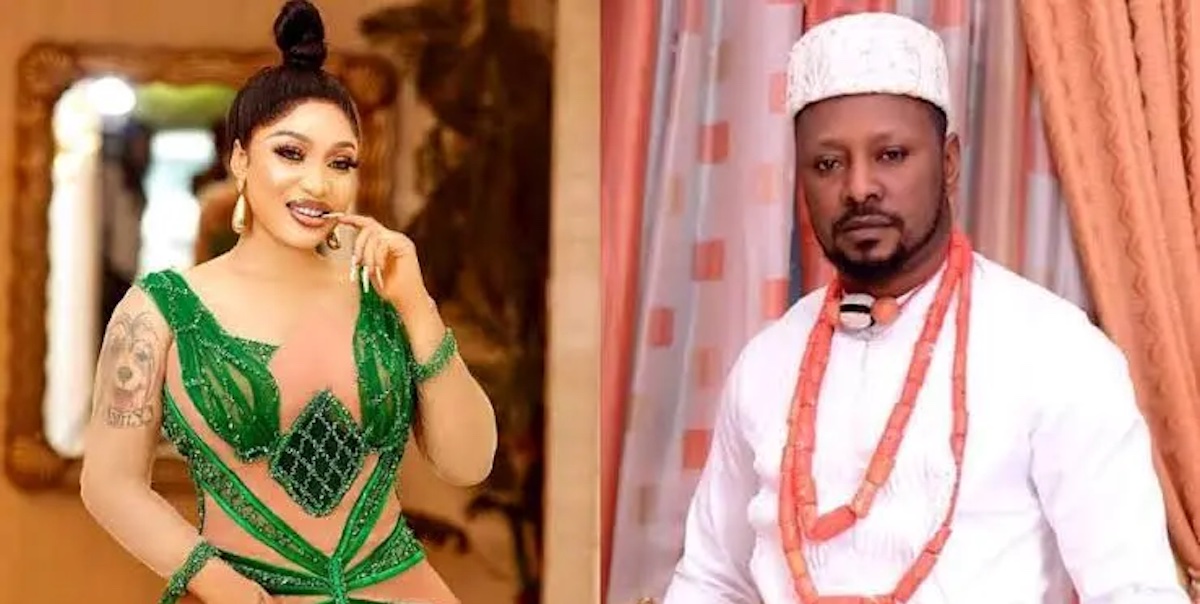 Delta State Politician Prince Kpokpogri told his ex-lover, actress Tonto Dikeh, to make peace with God for every husband and boyfriend she snatched after she called him a street dog.

Tonto Dikeh recently share a funny video of Prince Kpokpogri twerking, to celebrate her new achievement as a Nigerian singer, Davido hit the follow button on her.

She captioned the video:

“CURRENT MOOD. A Gee just followed me on IG. IYAM NOW A BIG GALS ON THIS INSTAGRAM STREET”.

A few moments after she uploaded the video, many took to her comment section to congratulate her on reuniting with her ex-boyfriend.

In another post, Tonto Dikeh opined that what belongs to the street stays in the street and whatever is on her phone belongs to her.

Tonto Dikeh described Prince Kpokpogri as a street dog and public di, wondering why her fans assumed he was someone she could manage.

She wrote: What belongs to the streets stays in the street and what’s on my phone is mine…cruise pon cruise and anyone can be little memes, it’s the lack of faith that I would prolly bring back the street dog for me. Brotherly issa public di and you think that’s something I’ll manage???

Reacting to the post, Prince Kpokpogri said that he doesn’t shy away when he sees one as much as he doesn’t like trouble.

According to Prince Kpokpogri, Tonto Dikeh had slept with people’s husbands and snatched other people’s boyfriends.

In as much as I don’t like trouble, I don’t shy away when I see one. community penis you said fine? but for every husband you have slept with, every boyfriend you have snatched and the dirty life you have lived you need to make peace with God and free yourself from obvious depression… Ashewo

My house worth whopping N800 billion, all of us dey lie now – Nkechi Blessing throws shade at Laide Bakare over her new house

We Should Not Wait For Old Actors...