My house worth whopping N800 billion, all of us dey lie now – Nkechi Blessing throws shade at Laide Bakare over her new house 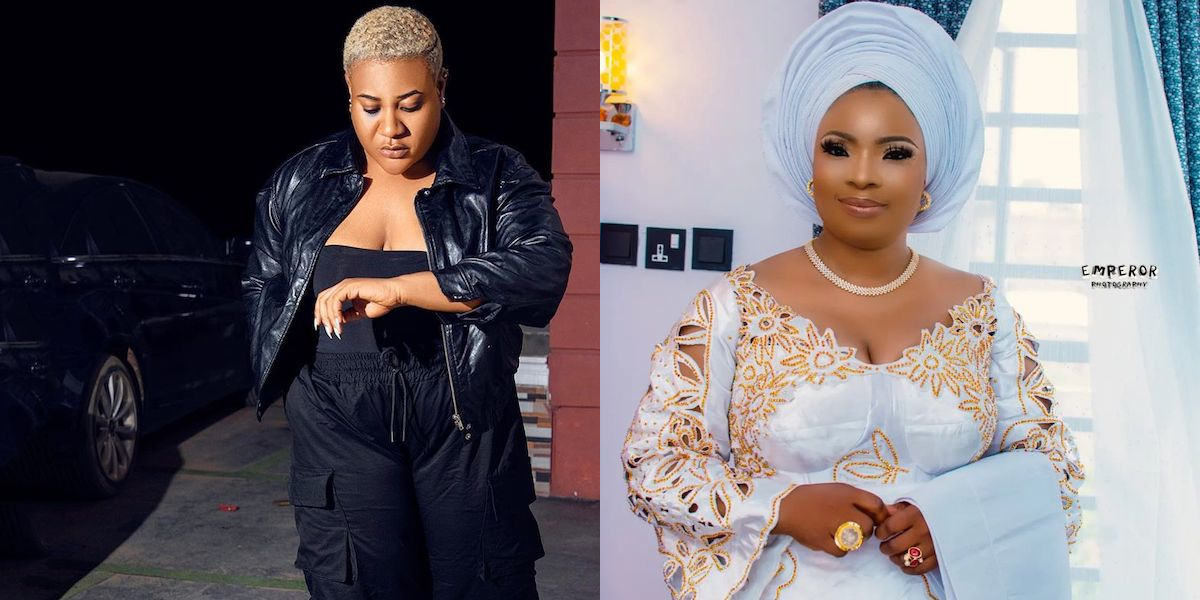 Nigerian actress, Nkechi Blessing Sunday has thrown shade at Laide Bakare after she unveiled that her new house worth 100 million Naira.

Joining the bandwagon of fake life, Nkechi Blessing took to social media to claim that her new house which she unveiled in February 2022 is worth a whopping N800 billion and her closet worth N75 billion with the tag ” all of us dey lie now”

She said, “Chilling in my 800 billion naira house #asallofusdeylienow”.

Many have speculated that Nkechi Blessing is throwing the jab at Laide Bakare’s news house that didn’t worth N100 million Naira as she claims.

In one of the recent posts about her house, Laide spilled that her house which she claimed was her fourth was worth 100 million.

‘Ashawo, you need to make peace with God for every husband you snatched’ – Prince Kpokpogri blast Tonto Dike