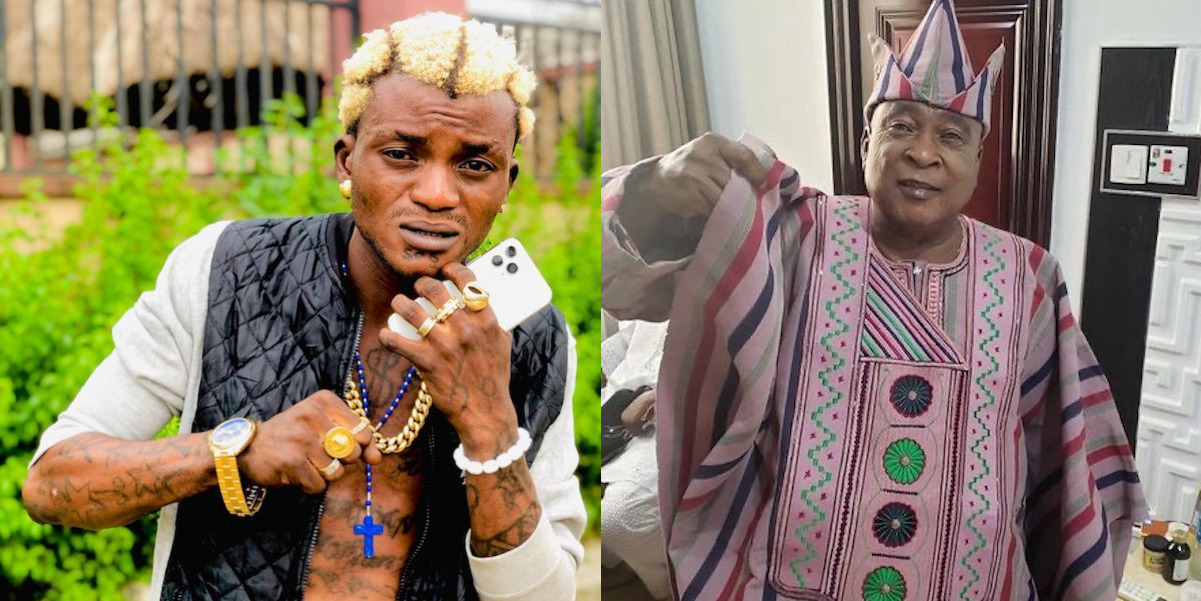 Veteran Fuji icon musician, General Kollington Ayinla has revealed that ‘Zazu’ is a song style he released In 1981, and Portable’s Zazuu ought not to be played on the radio or on TV because of the poor content.

Kollington Ayinla cited Portable’s Zazuu as an example in an interview, Ayinla stated that despite the poor content being produced today, musicians get massive acceptance from music lovers.

According to him, songs like ‘Zazu’ ought not to be played on the radio or on TV.

“Such songs with nothing to better a lot of the youths ought not to be played on the radio or on TV.

“But nowadays it is all about melody and street madness and not music that will last and impact on the society.”

“Musicians don’t care about the lyrics of their music anymore and the lessons that people ought to learn from their songs. In lyrics like Ori e o Foka sibe, someone called himself Were Olorin (referring to Portable).

He said in his song, ‘Were Adugbo wo ilu o’ meaning the mad man of the streets has come o. And unfortunately, people are dancing to it. Are they improving the community or they are adding to the problems?”

Watch the Zhazu in 1980s by Ayinla Kolington Vs Zazu Zeh in 2021 by Portable:

I fit send you d 1 million? Cus you are my best-dressed – Nkechi Blessing picked Iyabo Ojo over Eniola Ajao