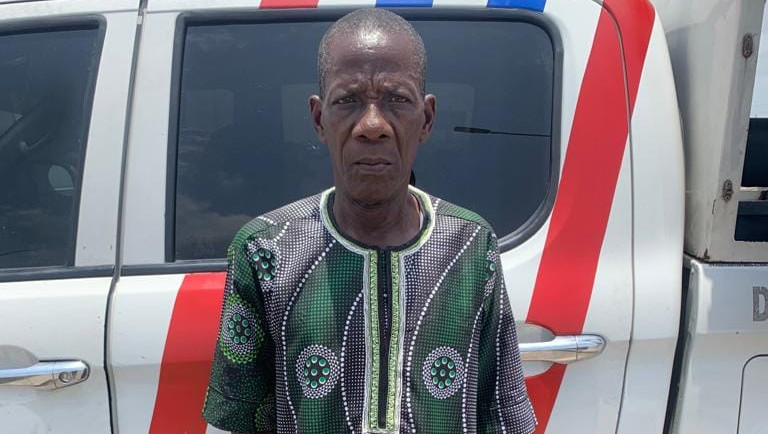 A 67-year-old man has been rescued after he attempted to commit suicide on his birthday.

The elderly man was stopped from leaping into the lagoon by the officers on patrol of 3rd Mainland Bridge on Tuesday, April 5.

The police in a statement said that the man identified as Oluwatoye Bamgboye, from Oju-Ore, Ogun State, was attempting to jump into the Lagos Lagoon inward Lagos Island when the officers stopped him.

He disclosed that a personal challenge made him sell his house, land and car. With that, he still couldn’t solve the problem. He got a loan and the problem still persisted.

He explained further that he secured a job and on the resumption date, he was informed that the job had been given to someone else.

“Today being my birthday, I have decided to end it all. The burden and the frustration is too much for me to bear. My wife has abandoned me in the process,” the man lamented.

He has been conveyed to Adekunle Police Station, where efforts are in progress to contact his family members.

You flaunt millions and you asks us to donate – Yinka TNT drags Mercy Aigbe, Others Over Kemi Afolabi’s #GoFundMe