As they said cowries is trending now, king of fashion was done Epic creations with it – Iyabo Ojo’s fashion designer shades Eniola Ajao 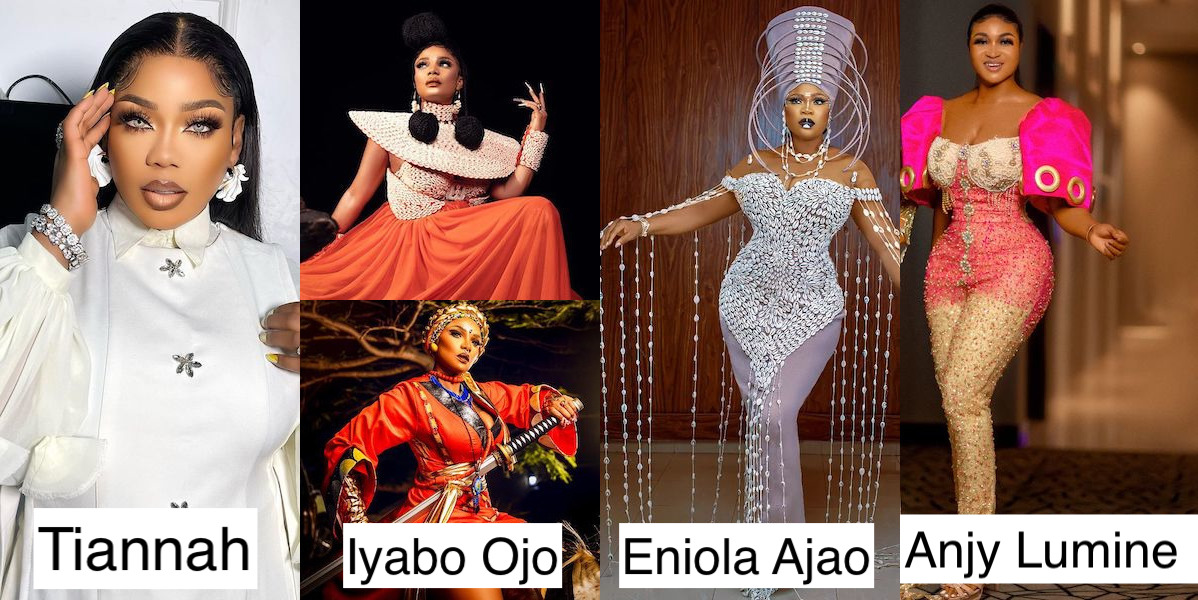 There has been a controversy that Iyabo Ojo who step out in the character of a Hausa Muslim historical figure in the city-state Zazzau, Queen Amina supposed to win the best the best-dressed female with a whopping amount of one million Naira cash price.

Reacting to this, Iyabo Ojo’s fashion designer Tiannah took to social media to prove that the cowries styling used in Eniola Ajao’s fashion design, Anjy Lumine, is what she have used in some of her past work.

In one of her recent posts to shade Eniola Ajao and Anjy Lumine. Sharing photos of some of her previous works with Iyabo Ojo in a cowries dress, she wrote:

As they said cowries is trending now, let’s drop many times The king of fashion was done Epic creations with it

Tell us when she created this for The Queen of TikTok @iyaboojofespris and for what event ?????

We will choose one winner from the comment section

The story behind how Oba Elegushi lost his only son.