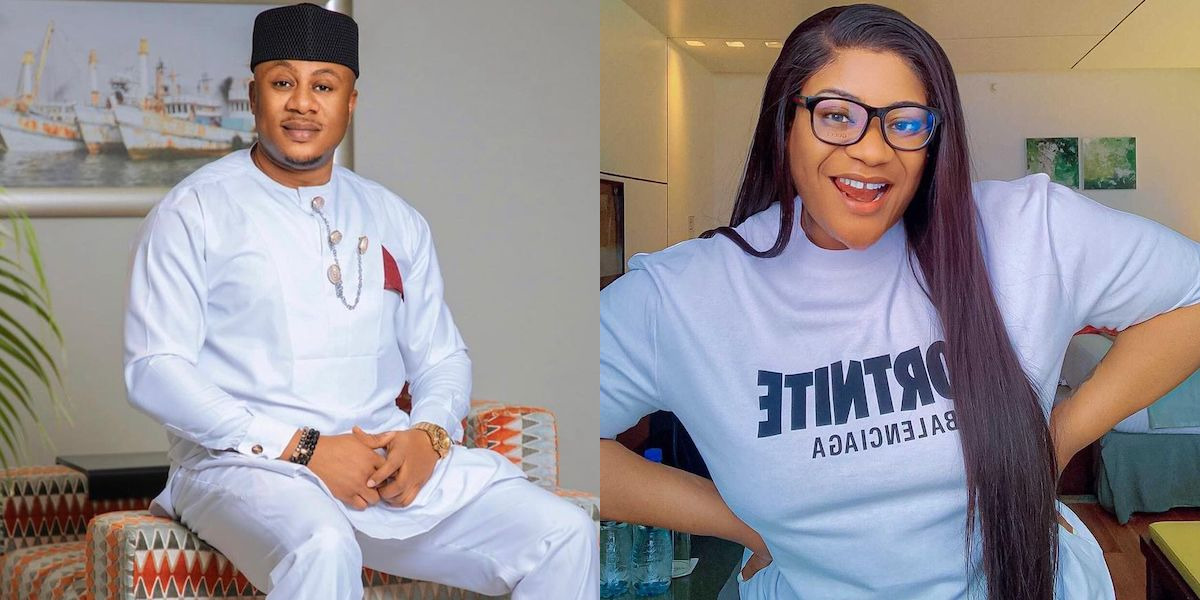 Nkechi Blessing has finally confirmed the break-up with her Ekiti State politician, Falegan.

She stated that Falegan Gbola is not working and accused him of being too broke and doing nothing to support her.

Reacting to this Nkechi Blessing took to social media to confirm the breakup.

Nkechi went further to drag her husband to filth as she accused him of being too broke and doing nothing to support her.

Falegan on the other hand, claimed that he ended the relationship because he doesn’t want his name to be tarnished or linked to notoriety.

Lickie Lickie, I hear say na my ex Prince send you, I am in your city show up- Tonto Dikeh dares Ada Karl

“I have an issue that is taking...