Most of the celebrities women are full of pride – Reaction as Funke Akindele marriage allegedly shaking, asked husband to leave her house 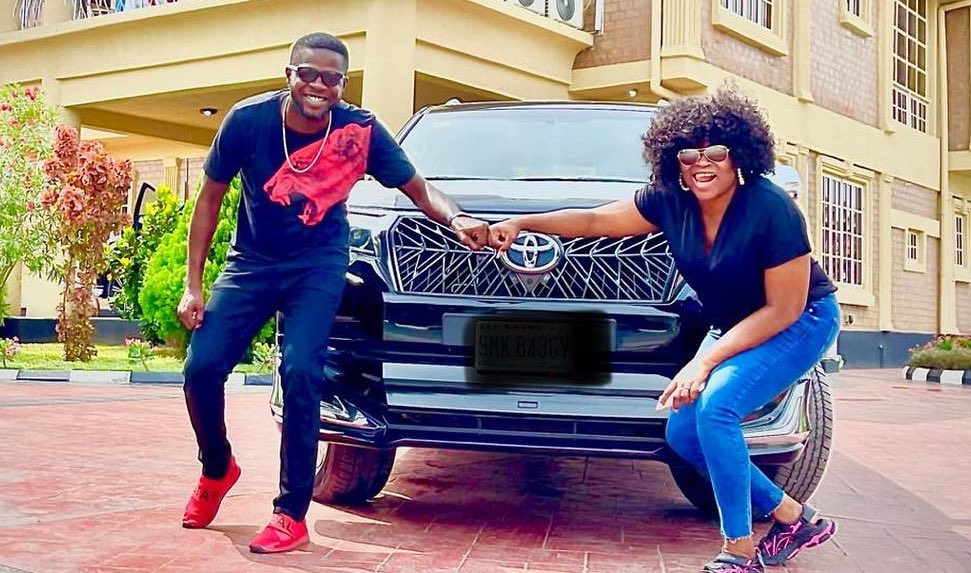 Many have reacted to the rumor that the marriage of actress Funke Akindele allegedly going through hard times and there is speculation that she asked her husband JJC Skillz to leave her house.

Instagram blogger Cutie Julls alleges that Funke Akindele and JJC Skillz’s union is going through some hard times, and they fought dirty at home, with the wife ordering her husband to leave her house.

According to sources in Nigeria and majority in London, Funke and JJC Skillz’ marriage is going tbrough some hardtimes to the extend that Funke reacting in anger verbally told JJC Skillz “Leave my house”

Sources present when the heated argument happened in their Amen Estate home quoted Funke saying “O ko owo mi je” when they tried calming her down.

Our source told us Funke Akindele has boldly accused Abdul Bello of squandering money which she did not agree to as the largest owner of company.

We are not sure if this has anythinh to do with the apartment Abdul allegedly rented somewhere in Lagos.

Skillz since left Lagos for London maybe to cool down and also give his darling wife some space to calm dowm also.

Hmmm.. at this moment, all is not perfectly well between Baba Ibeji and Iya Ibeji

Reacting to this, many internet used has took to comment section to reveals that, most celebrities woman are full of pride. See reactions below:

– Dolly Tee Best: Most of the Celebrities women are full of pride

– Julliet Abosede: I don’t understand why women to are saying this oooo, if you were in her shoe, and your husband is spending your money anyhow would you stay calm, why should she take shit cus she has money than him, nawa oooo, pls chop all her money ooo na these people go still talk bad about it that Funke is agbokolori!!!! Is well sha!!!

– Samson Kayode Oladimeji: That’s where the problem is, when the wife is richer than the husband, expect such……

– Johnson Oluwashola Alabi: Be like say dem swear for all ds celebs ds time around

– Coker Olugbenga Omobolanle: Dis one will teach all men a lessons funke pls kick him out

– Adekunle Pogba Tomiwa: JJC is a Millionaire as Well, I Don’t Know where this News Is Coming From, This Is Different from Toyin Aimaku’s Marriage

– Emmanuel Olatunbosun: so women can’t bare what they do to men? Do u knw how many women wasted their husband money and heaven never fall… That is what marriage is all about ..let Funke face it and make sure her marriage didn’t fail.

– Julliet Abosede: mr emmanuel are you comparing woman with men? If a woman wasted her money then she is not to be called a woman , woman help her man visualise his dream, and make progress to the family, you see it two different thing, are you there when they have issues?
JJC has his money so nobody knows what really happened